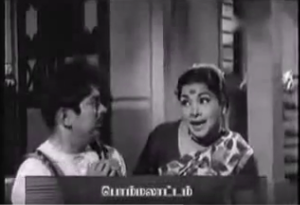 Travel, human migration, language, communication … they can open up interesting geographical experiences. Here is language geography lite … with a little latitude, if you know what I mean.

During an earlier part of my life, I have traveled several times to Pune and Mumbai by train. As always, train travel in India is a geographers’ delight. Yes, yes, there are many annoyances to deal with but, overall, the delights are generally more.

I would board the train at Bengaluru City and settle down to reading and doing my crossword puzzles of the day (I am quite addicted to them!). For these purposes, I usually buy several newspapers and magazines, and even carry along a humorous book (usually a novel by P G Wodehouse – you must read his books; very funny and a great way of improving your English).

While reading, however, I would be listening to the conversations going on around me. Invariably, there would be people from various places on that route who are returning to their “native” after a visit to Bangalore, or live in Bangalore and are on their way to visiting family and friends.

The Bangalore Kannada is rather bland to my ears. Not much personality, you know? But listen as the train moves on its approximately 24-hour journey from the Deccan Plateau, through some rather lovely ghat scenes, and then descends to the financial capital of India.

I would hear quite a lot of Kannada of northern Karnataka. The sing-song lilt of the language, the slow pace at which it is spoken, the cadences … all would hold my interest. Yes, I know it is impolite to listen in on others’ conversations, but this was for my education – do you mind??

As you move further and further north and northwest, soon you reach the border areas where northern and southern Karnataka meet. You begin to hear the language of new passengers and detect more of the sing-song cadences. And increasing use of Marathi words and expressions. Thus, for example, thumba kashta (very difficult) of Bangalore Kannada becomes bhayankar thraas in northern Karnataka. Likewise, thumba chennaagidey (it’s very nice) becomes bhayankar chhalo ada! The lilting language somehow matches the rhythmic movement of the train.

Eventually, even as you are approaching the Maharashtra border, Kannada has given way to Marathi. Thus, Bangalore Kannada has its core (central region) in Bangalore. But as you move towards Maharashtra, you leave this core, pass through its domain (where both Kannada and Marathi are mixed), to the periphery of Kannada, and eventually to the core area of Marathi.

This is a geography model of language that you can easily observe if you travel long distance by Indian railway.

Madras, as you know, is the former name of Chennai. The British developed it into a major port for the convenience of looting India’s many resources and carrying them off by ship to Britain. This led to many people migrating to Madras for economic opportunities. However, as the old proverb goes, man does not live by bread alone. Or curd rice. When people migrate their languages, customs, and a host of other things travel with them. When they settle in a place, a lot of exchanges happen because people love to mingle with others. And they talk!

So, there evolved a language called Madras baashai (baashai is a Tamil-ized form of the Samskrtam bhaashaa; Tamil does not have the ‘bh’ sound). This is one of my most favorite languages ever! I am still trying to learn it. Whenever I go to Chennai or meet people from Chennai I ask them to teach me something in it.

Interestingly, Madras baashai has words in Tamil, Telugu, and even Hindi. (More about the Hindi bit in a moment.) It has a sharpness and clarity all its own and it never fails to make me laugh.

Examples: “How are you, man?” in regular Tamil would be “Eppadi irukkay-pa?” or some equivalent of that. In Madras baashai, it would be: “Eppdi-geeray, naayina?” The naayina is Telugu, and is the equivalent of the appa or pa.

In answer to the above question about one’s well-being, one may give a very up-beat, optimistic, happy answer. Tamil: “Nannaa irukkeyn.” (Tamil) “Badaa shokkaa-geerayn!” (Madras baashai) ‘Badaa’ and ‘shok’ come from Hindi.

Language and identity are huge forces in politics. During the 1960s, when I was in primary school, there were many agitations in Tamil Nadu (at that time, it was called Madras State) against any requirement of using Hindi in the state. The government (and, indeed, parties) of the day, roundly rejected this as “the Central Government’s imposition” of Hindi on the Tamil people. Towards this, there were several strikes, protests, marches, etc. in Tamil Nadu. Here, in Bangalore, we saw several such strikes against the “imposition.” For a few days, on and off, school would be closed and we would all be asked to go home.

A version of this article appeared in the Deccan Herald Student Edition on 10 March 2016.