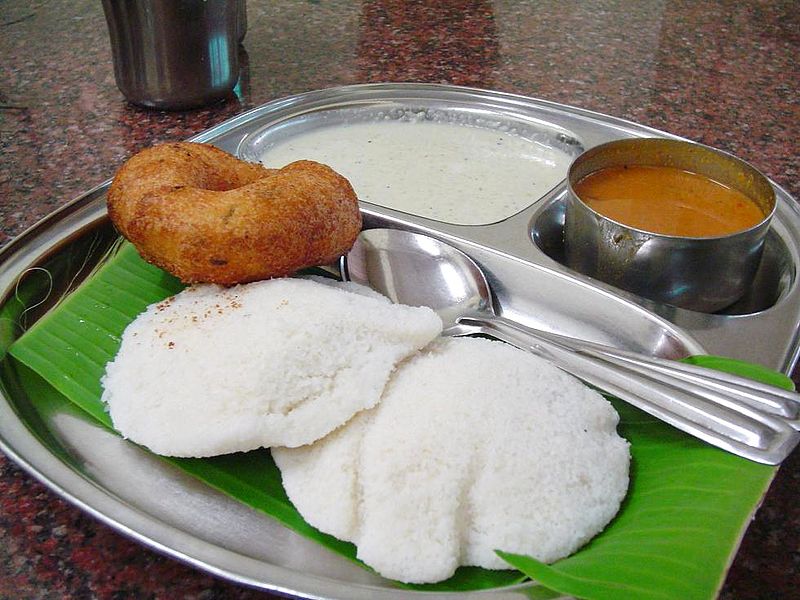 I have lived in a few different parts of the world over the years. Of all the breakfast foods, the ones I grew up with in Bengaluru are my favorites. Though I like and relish the various other kinds of breakfast foods out there, my comfort foods for breakfast include: idli (no. 1 favorite!), vaday, dosay, and uppittu.

Of course, these are to be chased down my throat by good old south Indian pilter kaapi (filter coffee) with 10% chicory in it. This coffee has to be made just so and it must be aerated the traditional way, pouring from one vessel to another, back and forth, bringing out a good head of foam.

For long, I used to be so proud of idlis being south India’s gift to humanity. “Saar, we only invented idli, okay? It is Pride of South India. Just you try off and you will laaoww it!”, I used to say to people who displayed ignorance of this magnificent item! Philistines, I call them now!

In more recent years, Dr Deepa Prakash, a food scientist (and my niece), introduced me to the writings of the late Professor K T Achaya, an expert on the histories of Indian foods.

Browsing through his wonderful work Indian food: A historical companion, I found many fascinating geographies and histories of foods that I have heard of, seen, tried, relished, or hated.

Professor Achaya writes that the first mention of idli is in the Kannada work called Vaddārādhane (920 AD) by Shivakotyāchaarya. He also says that a 1025 AD poet, Chāvundarāya, describes the idli is being made of “urad dal soaked in buttermilk, ground to a fine paste, mixed with the clear water of curds, jeera, coriander, pepper, and asafoetida, and then shaped.” (Urad dal is uddina beley in Kannada).

Sri Achaya also says that Sōmeśvara III, in his book Mānasollāsa (about 1130 AD), mentions the same kind of preparation. Idli is called idarikā and dosai is dhosakā. (Vaday in Samskrtam is vatakā).

These idlis were fried in ghee and spiced with pepper, jeera, and asfoetida powders.

Three things are missing in them, according Sri Achaya:

As I read further, Professor Achaya had some news for me. That was what upset me.

He says that the technique of making idli with rice might have to us from the cooks who accompanied Tamil kings who ruled what is now Indonesia!

I had to drink one tumbler of pilter kaapi to recover from this shock. But wait, there’s more!

For several centuries (according to some, approximately 78 AD onward; I don’t know if this is true), Tamil kings ruled in Indonesia (among other parts of southeast Asia). The spatial interaction (remember that geography term?) between the Tamil country and southeast Asia has a long history.

When those kings wanted brides, they used to return to Tamil country in search of them. Of course, when a king or queen travels, they take a retinue with them: doctors, security personnel, cooks, and so on.

These cooks brought the three missing things that I listed above.

“Oh, all right!”, I said to myself. “Regardless of where it came from, the idli is now our own. And my comfort food!”

The rice part of it, apparently, makes the fermentation better. Also, as it happens, it gives us starch. The uddina beyley gives us protein. And steaming the fermented batter, rather than deep frying it in ghee, makes it much healthier.

Thus it is that the glorious idli gives us both energy (from starch) and protein to start our days off well.

More recently, the rava idly (invented by the founders of Mavalli Tiffin Room, Bengaluru), the raagi rava idly, and so on are variations on the same basic idea: fermentation and steaming.

How idli is served is also geographically variable. In many parts of southern India, idlis are accompanied by vadays. The side dishes vary from sambar, saagu, chutneys of different kinds (usually onion, coriander, coconut, and tomato), spicy powders (pudis such as chili powder, chutney powder, etc.), and in some places with a dollop of butter or ghee on the hot idli.

In all cases, this much is true: it is best served steaming hot.

Next time you eat idlis, remember their geography and history.

Foods often become associated with places and take on the names of the places. For example:

In addition, there are dishes that have received an official Geographical Indication tag. One of these, the rossogolla, became very controversial with both Bengal and Odisha claiming they are the ones who invented it. Bengal won it eventually; the Odiyas are not pleased about this!

Excuse me. I must go and order 1 plate idly and vadey, sambar, red chutney, and 1 pilter kaapi.

I am very hungry!