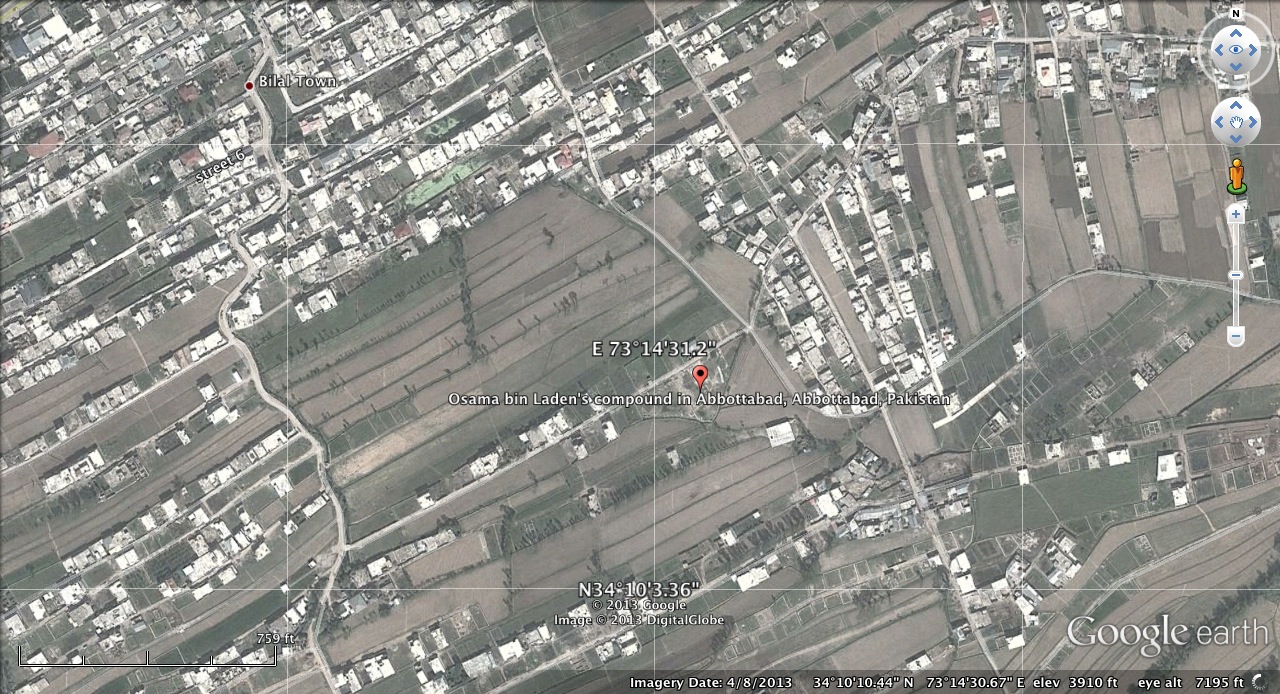 All was quiet in the household.

Suddenly, low whirring sounds. All hell broke loose. Loud gunfire outside. Within minutes, the head of the household, his adult son, the brother of a courier, and the courier’s wife lay dead.

Operation Neptune Spear was soon over.

A lot hinged on knowledge and application of that dreadfully boring chapter you had to endure in geography class: latitudes and longitudes. Among many other geographical things. But you didn’t die because of it – merely bored to tears, perhaps!

Longitudes are also called meridians. We get meridian from the Latin meridianus meaning noon; that is when the Sun is directly overhead (i.e., it is noon) at a given longitude. So, longitudes are related to time. If you know which longitude you are on, and if you go strictly by natural rules, for every degree of longitude west of you, you deduct 1 minute of time, and for every degree of longitude east of you, you add 1 minute of time. This is called local time in geography. Pakistan would have different local times in different parts of the country based on longitude. Therefore, they decided to have one time (Pakistan Standard Time – PKT) for all of Pakistan based on one chosen location: Islamabad (33°4’N 73°08’E). All countries have one or more standard times.

Location of the house

The Americans had deployed (and continue to deploy) unmanned aircraft called drones. They also have satellites in the sky watching over a lot of things going on on Earth. Also, their local spies on the ground had told them at Osama bin Laden lived in this house in Abbottabad.

The satellites tracked the courier’s movements. Drones, flying very high overhead, sent back live video of this house night and day for weeks. The satellites and the drones gave the exact latitude and longitude (coordinates) of the house.

Still think those “imaginary lines” are boring and useless?

Later, I’ll tell you about less violent uses of latitudes and longitudes.

(A version of this post was published in Deccan Herald Student Edition, 24 June 2013, page 1.)