From Devil to Angel 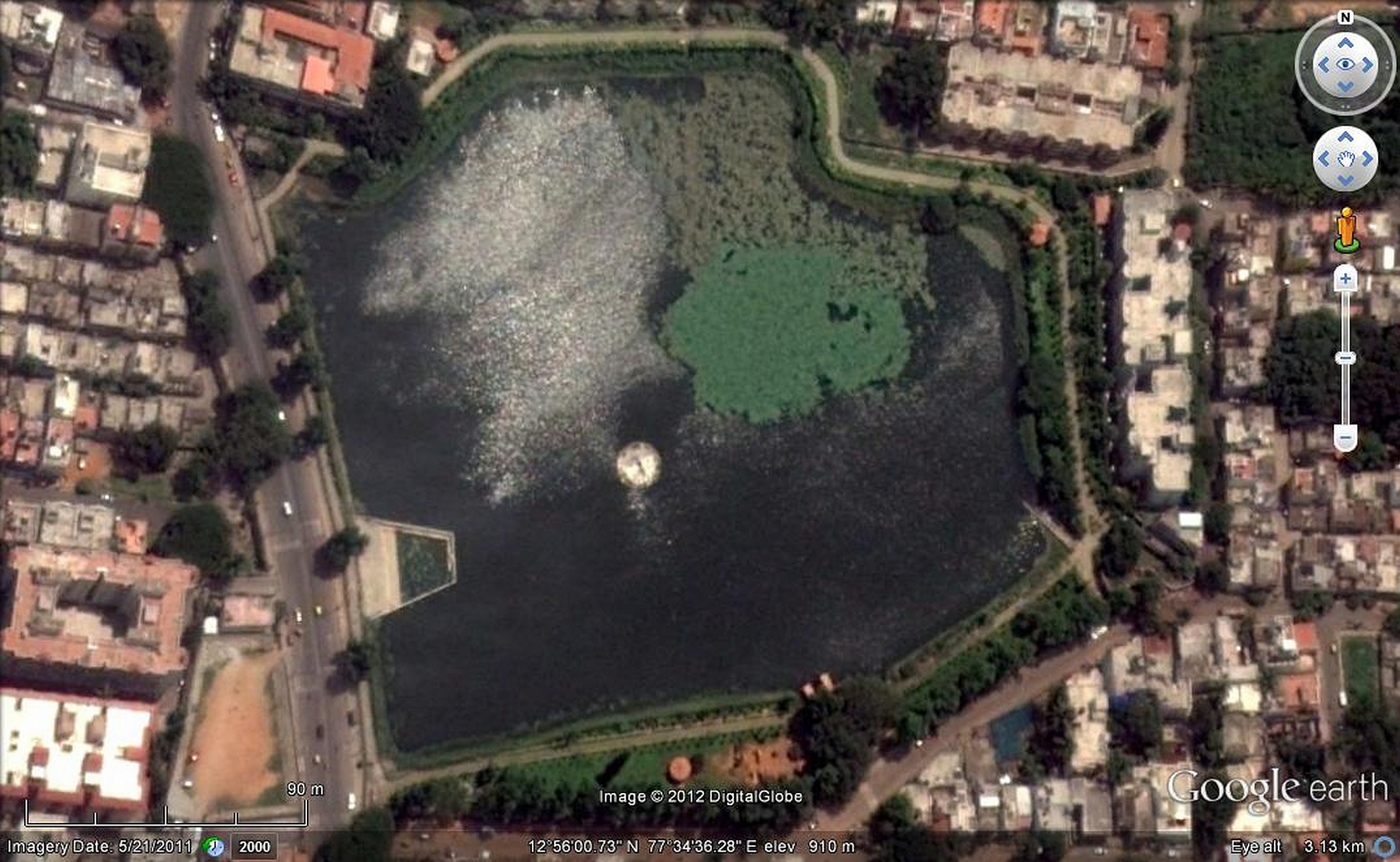 Ralph Waldo Emerson, American essayist (1803 – 1882) said, “A weed is a plant whose virtues have not yet been discovered.” How is this statement connected to a kid going for mathematics tuitions, international sea trade, a lake in southern Bangalore, and dairy woman Mrs Boramma?

I lived one street away from Yediyur lake, in south Bangalore. See the interactive map below:

Rain water from quite a large surrounding area drained into this lake. It was also used as a public toilet.

I had to walk along the lake bund road.

There was a green plant, with succulent leaves and beautiful purple flowers that rapidly grew in the lake and carpeted the whole lake in a few months.

Bangalore’s climate is determined by its altitude, inland location, latitude, and human activities. In those days, human activities had not brought as much pollution as now. Therefore, winter mornings were very foggy on and around the lake.

As I walked past, I used to see this green carpet. The early morning sunshine would pass through thick fog and lightly dance on the green and purple carpet as the morning grew warmer.

The Food and Agriculture Organization (an agency of the U.N.) says that water hyacinth is believed to have originated in Brazil. How did it spread to other parts of the world? In some cases, people loved the flowers so much that they took it to their home countries as ornamental plants and somehow or other, the plants ended up in polluted fresh-water bodies (rivers, ponds, and lakes).

I don’t know how exactly it got to India. Perhaps through some maritime trade with one of the countries from where we may have inadvertently imported it. How it came to Bangalore and specifically to Yediyur lake is also a mystery. This geographical diffusion has happened somehow and water hyacinth is still a major problem in many areas of India.

Pulling out hyacinth was one option. It was no use, of course. Weeds being weeds, we can’t control them all that easily. No matter how much you pulled it out, more of it quickly grew right back. The lake was highly ‘polluted’ with organic wastes and other nutrients. The hyacinth loved it— fabulous nutrient and water supply from below, plenty of sunlight above for photosynthesis. For the hyacinth, the lake was not ‘polluted’— it was Paradise!

In those days, we had cows and buffaloes brought to our doorstep and milked in our presence. Two or three families would ‘hire’ the cow/buffalo for the milk. The owners maintained them. Morning and evening, the animals would be brought to the house of one of the families, tied to the electric pole, and milked. Few people had refrigerators.

Mrs Boramma was one such entrepreneur, having several cows and buffaloes.

The freshly drawn cow’s milk was sold to the hiring families at INR 3.50/litre. Those paying INR 2.50/ litre got milk diluted with water once. Those paying INR 1.50 got even more diluted milk. She didn’t have to pay for the water; she just used the tap in the front yard of our house! Buffalo’s milk was more expensive (INR 4.00 undiluted, INR 3.00 diluted) and fewer people bought them. Buffalo’s milk was thicker than cow’s milk; we used it only for making coffee. Cow’s milk was used for making curds and for direct drinking.

Yediyur lake was rather shallow. These buffaloes used to hang out in the lake and eat the hyacinth; like they were in a gigantic ‘salad bowl.’ They looked very peaceful, chilled – and very well-fed!

Mrs Boramma (and others) soon found that the buffaloes were yielding more, and thicker, milk. She figured out the hyacinth was leading to this increase in milk yield.

So she started harvesting the hyacinth, tying it up in huge bundles and carrying them home to feed the cows too. More milk, less expenditure on fodder, so more income!

Mr  Emerson knew what he was talking about.

Save it to your local disk, print (if you want to), and use. The worksheet is available under Creative Commons Licensing.

(A version of this post was published in Deccan Herald Student Edition, 08 July 2013, page 1.)