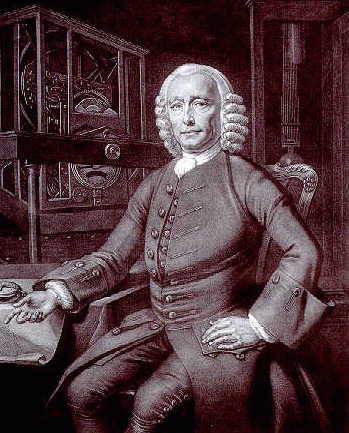 Looting by imperial powers. Enslavement and human trafficking across seas. All this sounds evil. But sometimes there are other consequences that may not have been intended … including coordination of economic activities across the world … and generations of young children suffering in geography class trying to figure out the time in different places of the world!

Your geography textbook gives you all that guff about longitudes (and latitudes) being imaginary lines. What it doesn’t tell you is the fascinating history behind longitudes. And the impacts of knowing and using them.

People were dying at sea. Rulers hardly knew the size of their kingdoms. Treasures had to be looted from far-off lands and brought back home. Reckoning longitude was desperately needed. You see, with latitudes it is a relatively simpler situation – there is one latitude that is the biggest circle (largest radius) of all. You fixed that using the locations of stars and an instrument called the sextant.

Longitudes were a different matter. There was no one longitude that was the largest. They are all equal in length and they are half-circles. Which of them should be zero, from which other longitudes could be counted and fixed? Many rulers wanted to know. The British Empire was vast and stretched around the world. The looting of the colonies and bringing the loot back to Britain was of great importance. So, they raced to fix the longitude.

Longitude is about time. The synonym meridian (Latin: meridianus, “of noon”) is about time, the location of the mid-day sun at any given moment. This made finding and fixing precise longitude a matter of time!

In 1714, the British Parliament passed the Longitude Act, promising £ 20,000 (several million in today’s money) for anyone who could come up with a “practicable and useful” way to determine longitude. The problem of fixing it was ultimately solved thanks to the ingenuity of a self-taught Yorkshire carpenter-turned-clockmaker: John Harrison. The story is very much more dramatic than what I can tell you here in a short column.

Once longitudes were measured and fixed – a process that took several decades – the huge mess with time became an issue. Time had never been the same throughout the world, naturally. The sun takes 1 hour to move 15 degrees of longitude; i.e., there is a difference of 1 hour every 15 degrees of longitude. When you look at it globally, this is a nightmare to keep track of.

Enter human ingenuity again. Large areas of land were declared to have one set time, creating time zones. This was the Standard Time, and each area was a Time Zone.

Enter human ingenuity yet again – to make things even more complicated! Nations decided their own standard times as they saw fit, to suit their own convenience. (And to make life difficult for school children studying geography!) This went to ridiculous lengths in the USA where some counties (kind of like our taluks) decided whether to be in this time zone or the next one!

Two people – Steve Hancke (an economist), and Dick Henry (a physicist) – have teamed up and stirred up trouble by arguing that the whole notion of time zones should be simply abolished! They say that we should stick to one Universal Time and kick out all this time zone nonsense. Their Universal Time would be the time at the Greenwich observatory (that’s pronounced GREN-ich, though it is written GREEN-wich … weird!). We used to call this GMT (Greenwich Mean Time), but is now called UTC (Coordinated Universal Time – yes, UTC, not CUT).

If this were to be adopted world-wide, instead of waking up at 6 a.m. (which, I am sure you do every day for your morning exercises and studies!), you would be waking up at 00:30 hrs (30 minutes past mid-night) of the same day! Your lunch would be at 07:30 a.m. instead of 1 p.m., and so on. It would be some effort to get used to it, but not entirely impossible. However, you may actually go crazy!

Yes, it would likely make life easy for some school children in some geography classes in some parts of the world. But it is not that simple. All countries in the world would have to agree to this. Billions of people will have to be educated about this and they would have to adjust to the new system. It would be monumental task. A time-consuming task to change the reckoning of time on Earth!

Now, go and eat your lunch! Don’t be late!

Documentary: “Lost at sea: The search for longitude”

An earlier version of this article appeared in the Deccan Herald Student Edition, 25 February 2016.

Featured image: John Harrison (1693-1776), who made the amazing chronometer that solved the problem of fixing longitude. Image courtesy: Wikimedia