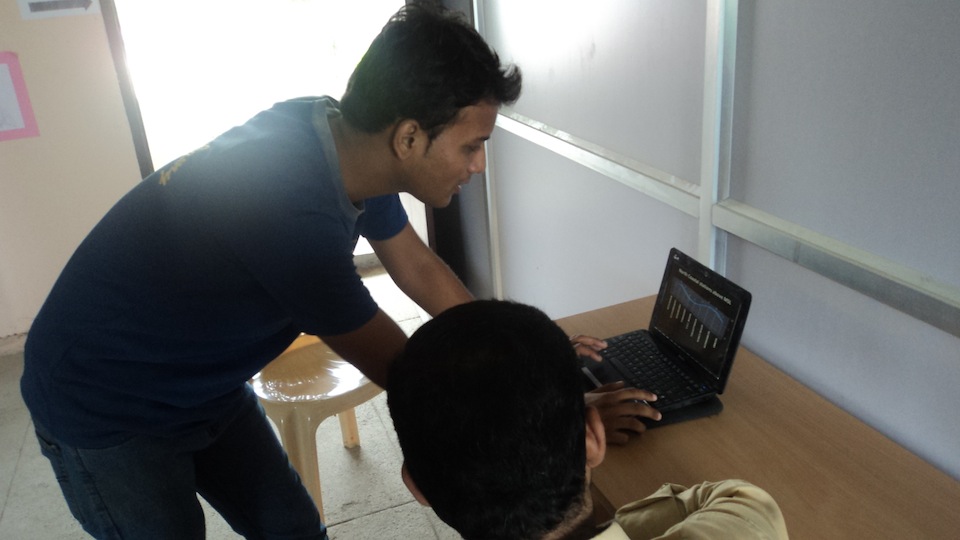 Geography internships began in June 2013 and are progressing well. Here is some information. You, too, should get involved. Contact us to know how.

In October 2012, The Hindu Educational Supplement carried an article on geography as an option for undergraduate and graduate study. A geography student from S P College, Pune, contacted TIIGS and expressed interest in working with the organization in some way. This pro-active young geographer visited Bangalore in January 2013 to explore possibilities.

In the meantime, Ms Vidya Shankar of Shriram Foundation had expressed interest in starting a GeoVidyaa Geography Centre (GVGC) at the Shriram Matriculation School in Thiruneermalai (near Chennai). The conversations with her led us to identify a space on the campus and to find an ally in Sri Murali Krishnan (Head, Learning & Development, Shriram Foundation). We had discussed internships as the way to go forward so that young geographers and geography enthusiasts would get involved in the process of developing innovative ways of geography teaching and learning.

The internship program was born.

Internships are on-going and we invite applications from all over the world. Download the internship application, complete it, and email it to us.

Here is an overview of the progress to date…

This Centre is at the campus of Shriram Matriculation School, Thiruneermalai, Tamil Nadu.

These will be used to develop integrated curriculums for Shriram Matriculation School and other rural schools that we plan to reach out to in Andhra Pradesh, Karnataka, other parts of Tamil Nadu, and elsewhere.

This event will be the starting point for a long-term engagement with students and teachers of geography for bringing about positive changes in making geography relevant, exciting, and fun … geography education for 21st century India.

Kaivalya shares his thoughts on his GeoVidyaa internship with TIIGS

Dhritiraj shares his experience and thoughts as a GeoVidyaa intern.