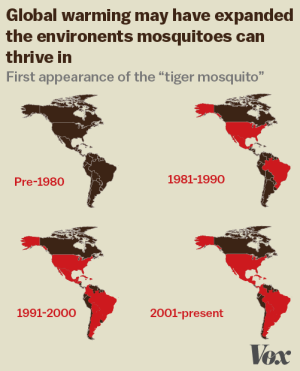 “It’s a small world!”, we sometimes exclaim. In a pleasant sort of way. When we meet someone in an unlikely place. Geography, you know? But it is not always that pleasant. Welcome to the other side of spatial interaction.

Places interact. Not all places have all that they need. So when one place has what another place needs (or wants), they interact. This is the basis of all imports and exports. This is also the basis of human migration – people move from place to another seeking something that they need (or want), but can’t get it where they currently live. Through these movements, places interact. Geographers call this spatial interaction – geographical interaction. ‘Spatial’ is the adjective form of the noun ‘space’ – geographic space, in this case.

You can’t get away from the results of spatial interaction.

What we call ‘globalization’ is actually spatial interaction magnified many times over.

The transportation revolution brought us several important things. Larger and larger ships that could carry larger and larger loads of goods from one place to far off places. For some years, these ships also carried large numbers of people over long distances.

Longer and longer, faster and faster trains and buses brought us the benefit of rapid and comfortable travel within and among countries. These carried large numbers of people, in confined spaces, over long distances.

Then came air travel. Within a few decades since the first flights, air travel became widespread. Once jet air travel became available, people were able to get from place to far-off place very quickly. To such an extent that, for a few years, you could fly from Paris to New York City and arrive before you left! Technically.

As jet travel technology improved, and air travel became more affordable, more and more people could travel. This brings us to a concept you may have studied in geography class: ‘invisible exports.’ The only context in which we read this during my school years was when studying geography of Europe and, specifically, those few lines about Switzerland. Tourism is an invisible export.

More countries are making it easier for people to visit them to enjoy the beauties of those countries. Easier visa rules, ‘package’ tours offered by travel agencies, and even the social prestige of ‘going to foreign’ are all making distant travel more accessible to more people.

All this movement also turns up the temperature of the planet. All movement requires energy. When potential energy (coal, diesel, petrol, aviation fuel) is converted to kinetic energy (movement of planes, trains, ships, cars, etc.), there is always loss (given out in the form heat, carbon dioxide, carbon monoxide, etc.). This ‘loss’ is put out into the environment and is causing (has been causing) AGW (Anthropogenic Global Warming – human-caused global warming).

Well, as a result of AGW, the Torrid and Frigid Zones are beginning to get warmer. This has been causing changes in the seasons and availability of food and nutrition for living things. These changes are opening up new habitats for organisms that couldn’t previously live there.

SARS, H1N1 (in fact the HxNx series, generally called ‘bird flu’), dengue, chikungunya, influenza, and now, Zika are spreading fast and furious. Many migratory birds, for example, used not to meet each other because of the patterns of weather and climate. Now, because of AGW, they are meeting. The viruses and other pathogens they carry were previously confined to certain locations. Now, because the birds meet, the viruses spread. When the birds go back to their original places, the viruses travel with them, spreading to human beings. Then, there is a lot of panic.

Once the viruses enter human beings who travel – in large numbers, in confined spaces – they spread rapidly from place to place. The fruits of the transportation revolution help the viruses to spread.

Additionally, there are other pathogens (e.g.: malaria plasmodium) that travel with food and other biological goods all over the world.

Meanwhile, the increasing heat is also making it possible for animals such as mosquitoes to live and prosper in wider areas than before – in effect, the Torrid Zone is slowly expanding to areas of north of the Tropic of Cancer and south of the Tropic of Capricorn. This also contributes to the spread of diseases. We see more impact on humans in the northern hemisphere of Earth because that is where a majority of us live.

Yes, it is a small world. The results of this are, of course, a mixed bag. It can make us blue or … what is the colour of happy?

A version of this article appeared in the Deccan Herald Student Edition, 11 February 2016.