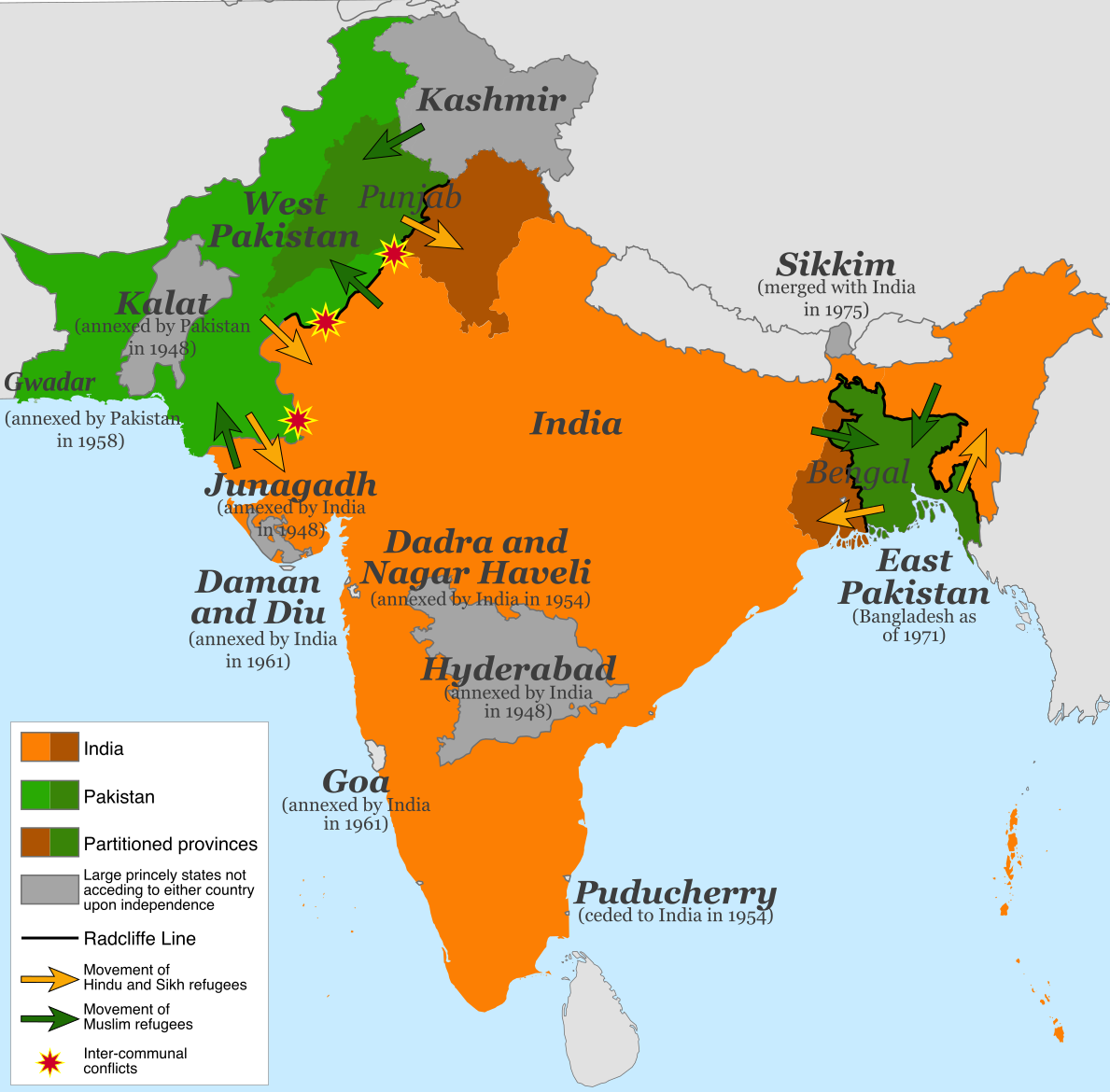 The plight of two states after a partition rested a lot on the geography that resulted. A leader’s not anticipating geography helped lead two states to two separate paths.

In earlier times, people believed that the kind of place determined the kind of development that would occur in that place. This is called geographical determinism. This led to ideas such as people in tropical areas are lazy because of the oppressive heat. It also led to a lot of racism – viewing people of a different culture/skin color/ethnicity as being inferior. From this kind of view, it is rather easy to see how conquest and colonialism came about. (Read more about it here: https://goo.gl/3EAQ7C )

However, over time, people re-considered determinism and realized its deep flaws. The idea was replaced. Instead of determinism, people came to understand that “the environment sets certain constraints or limitations, but culture is otherwise determined by social conditions.” This meant that every kind of geographical combination made certain kinds of development more likely than others. This view is called geographical possibilism. (Read more about it here: https://goo.gl/RgT4eH )

In considering how geography influences conditions in a state, we need to look at two more aspects: (1) its size, and (2) its shape.

Consider India, Pakistan, and Bangladesh. Mohammad Ali Jinnah, considered the Father of Pakistan, argued for a state based on religious identity – Muslim-majority areas should be part of Pakistan. From certain angles, this was perhaps not unreasonable. However, in his focus on religious identity, he did not think of some of the geographic consequences it would bring.

Here is the Wiki entry on the problems of the process of drawing the boundaries between the two states:

All lawyers by trade, Radcliffe and the other commissioners had all of the polish and none of the specialized knowledge needed for the task. They had no advisers to inform them of the well-established procedures and information needed to draw a boundary. Nor was there time to gather the survey and regional information. The absence of some experts and advisers, such as the United Nations, was deliberate, to avoid delay. Britain’s new Labour government “deep in wartime debt, simply couldn’t afford to hold on to its increasingly unstable empire.” “The absence of outside participants—for example, from the United Nations—also satisfied the British Government’s urgent desire to save face by avoiding the appearance that it required outside help to govern—or stop governing—its own empire.”

This process created very unwise boundaries. Punjab and Bengal, for example were divided and suddenly became part of different countries. What were once well-integrated populations were not torn apart. This contributed to a very painful migration process leading to many many deaths.

The process resulted in a West Pakistan and East Pakistan (now Bangladesh). Technically both were merely parts of one country. This is called a fragmented state … the state is not one continuous territory, but is in two or more pieces.

West Pakistan was the dominant piece. Culturally, East Pakistan was Bengali muslim, whereas the West was Sindhi, Punjabi, and Pashtu mix. Each had other minorities, of course, including Hindus who did not migrate at the time of partition.

Partition of India and resultant migrations. (Source: https://goo.gl/44o1j5) Accessed: 4 Dec. 2018. Click on the image to view a larger version.

Do this: Check out a physical features map of the Indian subcontinent (not just of India), and make observations about how the physical geography made it difficult for West Pakistan to govern East Pakistan. This will help you understand some aspects of geographical possibilism.

Jinnah’s overwhelming focus on religious identity led to a kind of partition that ended up with a West Pakistan bereft of a wide assortment of resources. The variety of resources impacts on the kinds of industries that can develop, for example. And whatever variety resources West Pakistan did get, there was not much of each variety. Most agriculture ended up in the areas of the Indus river system. The headwaters (starting points) for the rivers came under Indian territory. This is still a problem and is one of the contributing factors to the conflict over Jammu & Kashmir.

East Pakistan, meanwhile, was richly endowed with rainfall and the silt in the river deltas (primarily from the merged Ganga and Brahmaputra). High heat, plenty of water, suitable silty soils … all made for excellent conditions for rice cultivation. And jute. Further, the mangroves at the delta also provided a rich source of food.

Eventually, things came to a head (long story) and East Pakistan seceded (separated) from Pakistan, and became Bangladesh after the 1971 ‘Bangladesh war.’

Do this: How was (West) Pakistan affected by the secession of (East) Pakistan (Bangladesh)? Consider all aspects of the geography of a country, not just physical, but cultural as well.

Send us your responses to the Do this sections in this article to: geo@tigs.in If your answers are well-thought-out and well-written, we will publish them in a future blog. Be sure to gives us your name, school name, location, and your class.

A version of this article appeared in the Deccan Herald Student Edition, 31 October 2018.