How I came home to geography 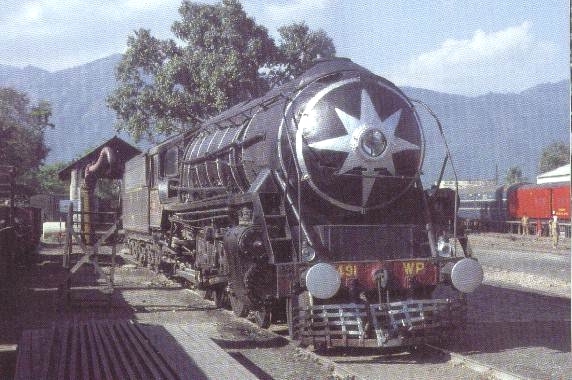 The twists and turns in life are often small and insignificant at the time they happen. Their consequences can take you far. Often, at journey’s end, you find yourself at home!

From about when I was in 4th standard at Kamala Nehru Makkala Mandira, I was totally in love with trains and the railways in general. My late uncle was fascinated by trains. He used to take me to the Bangalore City station (now called Krantiveera Sangolli Rayanna Bengaluru City Central station) on Sunday or 2nd Saturday mornings. We would get a platform ticket (25 paise, I think it cost); only one because I was officially a pipsqueak. And pipsqueaks did not need platform tickets. They just walked with an uncle or two, no questions asked.

We would sit on one of the benches on Platform 1 (which is now Platform 7 or 8 or something) and watch steam engines. They would hang around hissing and generally looking like the monstrosities that they were. To me they were utterly gargantuan! They would also move around … going forward and back.

We made friends with some of the engine drivers and, long story short, I ended up riding in the steam engines a lot.

Then came the diesel behemoths! The then glorious Brindavan Express (now a pathetic string of boxes on wheels) was the first train to be ‘dieselized’. Since one of our friends was the driver of that train also, I got to travel in the diesel engine also a lot.

Nowadays, when I think back to those travels in the engine, the most impressive memory is of feeling the rush of wind, the different kinds of agricultural landscapes, the different languages on signs (in the stations and elsewhere along the route), the different kinds of clothes that I saw people wearing as we passed through different areas, the license plates on vehicles (especially the three letters that would identify the state where the vehicle was registered), and so on.

So, my life’s ambition was to become an engine driver for Brindavan Express! No matter where I went, how I went, I would imagine my journey as if I were in the diesel engine of Brindavan Express.

By the time I came to high school (National High School, if you must know), the engine driver connections had more or less disappeared. Engine travel was a thing of the past. However, I still dreamt of becoming an engine driver.

In December 1971, when I was in 8th standard at National High School, the ‘Bangladesh war’ broke out on a Friday night. The next day being Saturday, we had ‘morning classes’ – a weird experience throughout my school years. Starting class at an oddly early hour and ending at an odd hour of the day, just before noon.

My social studies teacher, and neighbor, Sri B Narasanna (BN) walked into class. What he did that day in class revolutionized my life forever.

Only, I didn’t realize it then.

He said we’d discuss ‘world news for five minutes.’ What transpired after that is as vivid in my memory as if I experienced it five minutes ago.

He drew the continental map of the entire world on the board. We were all totally awestruck by this feat. For him, it was a very trivial task! He ended it by holding the chalk against the board and just walking along, drawing a perfectly placed Equator.

Then, we got a history, geography, historical geography, and geographical history lesson. After having suffered the dreary dry boring textbook until that day, my reaction cannot be explained in words. The best words I can choose still sound too weak! ‘Thrilled’, ‘amazed’, ‘joyous’ … I can’t pick one. It was a mix of all these and more.

On the first day, he started with the partition of India and brought us up to date with the information published in Deccan Herald that very morning. Along the way, he showed us where things were, why that mattered, who did what, our latest troop positions, reactions of different countries to the situation unfolding, and so on. In turn, we were spell-bound, shocked, and immensely amused. He was a great caricaturist and impressionist … we saw Gen. Tikka Khan’s visit to Peking (now Beijing) and meeting with Chou Enlai (since corrected spelling: Zhou Enlai); Prime Minister Indira Gandhi’s meeting with U.S. President Richard Nixon; Soviet leader Leonid Brezhnev’s disapproval of Nixon’s attitude; Japan’s warning to India that the US Seventh Fleet was on its way to the Bay of Bengal; all of these in hilarious enactments in Kannada along with caricatures drawn on the board to show their moods. How we laughed. I remember my sides actually aching from that class.

For the duration of the war, we had this experience.

Somewhere in my years experiencing his (and other teachers’) inspirational teaching, I revised my life ambition from engine driver of Brindavan Express to becoming a teacher.

For a year, in the mid-1980s, I was a PhD student at Texas A&M University (A&M = Agricultural & Mechanical). There was a funding crunch due to some upheaval in the petroleum market. This resulted in my losing my scholarship. I was trying to figure out which university I could shift to.

Over lunch one day, my then PhD Professor, Dr Peter Sharpe (1940-1991), an Australian by birth, asked me what I wanted to do for my long-term research. At the end of that conversation, he said, “Chandra, everything you are telling me tells me that you should be in geography! That would be the natural home for the ideas you have.”

So, I applied for admission to several universities for PhD work in geography. This led me to Kent State University where I came into contact with two amazing professors: Dr Peter Fisher (a Briton in America), and Dr Surinder Mohan Bhardwaj (originally from Punjab). Eventually, Dr Fisher returned to the UK, and Dr Bhardwaj took over as my PhD guru.

At Kent State University, I realized I had come home at last … to geography!

A version of this article appeared in Deccan Herald Student Edition.