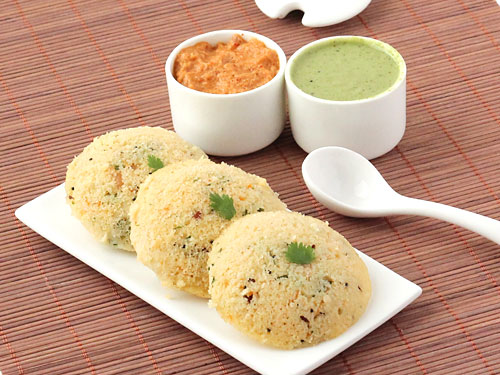 28 June 2014 was the 100th anniversary of an event of great importance for the world. It resulted in the deaths of millions worldwide, brought an end to empires, technological and scientific breakthroughs, changes in population structures, and widespread re-alignment of the human geography of the world.

One of the less-appreciated consequences of the events of that fateful Sunday in 1914: rava idli.

Austria-Hungary (or the Austro-Hungarian Empire) was a loose collection of ethnic groups and nationalities that were mutually hostile. The collection had many centrifugal forces (i.e., forces that tend to disunite a region) to contend with – many different languages, religions, ethnicities, and so on. Each group wanted power over its own land – a common human phenomenon that leads to that other geographical concept, namely, territoriality. But these forces were somehow pushed to the background, but never neutralized.

The historical resentments blew up on 28 June 1914 when a 19-year old Serb, Gavrilo Princip, and a group of his friends, under an organization called Black Hand, assassinated Archduke Franz Ferdinand (heir to the Austria-Hungary throne) and his wife Sophie. This triggered a whole lot of events that culminated in the Great War (also known as World War I) of 1914-1918.

Meanwhile, India was under British rule. The British Raj. Indian troops fought for the British in this war. India, as a colony, bore a lot of the brunt of the conflict here at home also – rationing of foodstuffs, etc.

Eventually, the Austro-Hungarian Empire was dissolved and a defeated Germany was further humiliated by having to pay reparations for the losses it inflicted on its neighbors who were members of the Allied nations.

This was a lot of money. Most of Germany’s wealth production went towards payments for the reparation. In the middle of this, the world economy “went bust.” People and nations worldwide lost a lot of money, most of them overnight. Poverty and hunger were widespread.

This led to large scale human migrations due to the misery of the people. Germany, already under economic stress, suffered badly. There was widespread anger, resentment, and a call to return to national dignity. It was in this climate that Adolf Hitler rose to power.

You have, no doubt, read what he ended up doing. His efforts to re-draw the map of Europe ended up re-drawing the map of much of the world!

During the second war, India was still under the British Raj. All of India (remember, in those days, India was a much vaster country than it is now) had to make sacrifices for the war effort on behalf of the Raj.

This included rationing of petrol and diesel for civilian use. So, vehicles started using kerosene as a substitute. Kerosene is considered more unstable and liable to catch fire more easily, in case of an accident. So, vehicles warned each other that they were running On Kerosene, so please sound your horn! Hence the “Sound OK Horn.” (There are other theories about this slogan, but this one sounds most plausible to me.)

Rice was also rationed. We south Indians have to have idli! Rice is the main ingredient in idli. This posed a problem. A young restaurateur of the time, Yajñanārāyana Maiya (founder of Mavalli Tiffin Room, popularly called MTR) experimented and found a way to make idli with rava (semolina). His work gave us rava idli (recipe here).

In their own words … MTR’s history of the rava idli.

So, next time you order a rava idli, remember the connections.

What you can do:

(A version of this appeared in the Deccan Herald Student Edition on 29 June 2014.)

(Images of Archduke Franz, and maps of Austria-Hungary courtesy: Wikipedia)