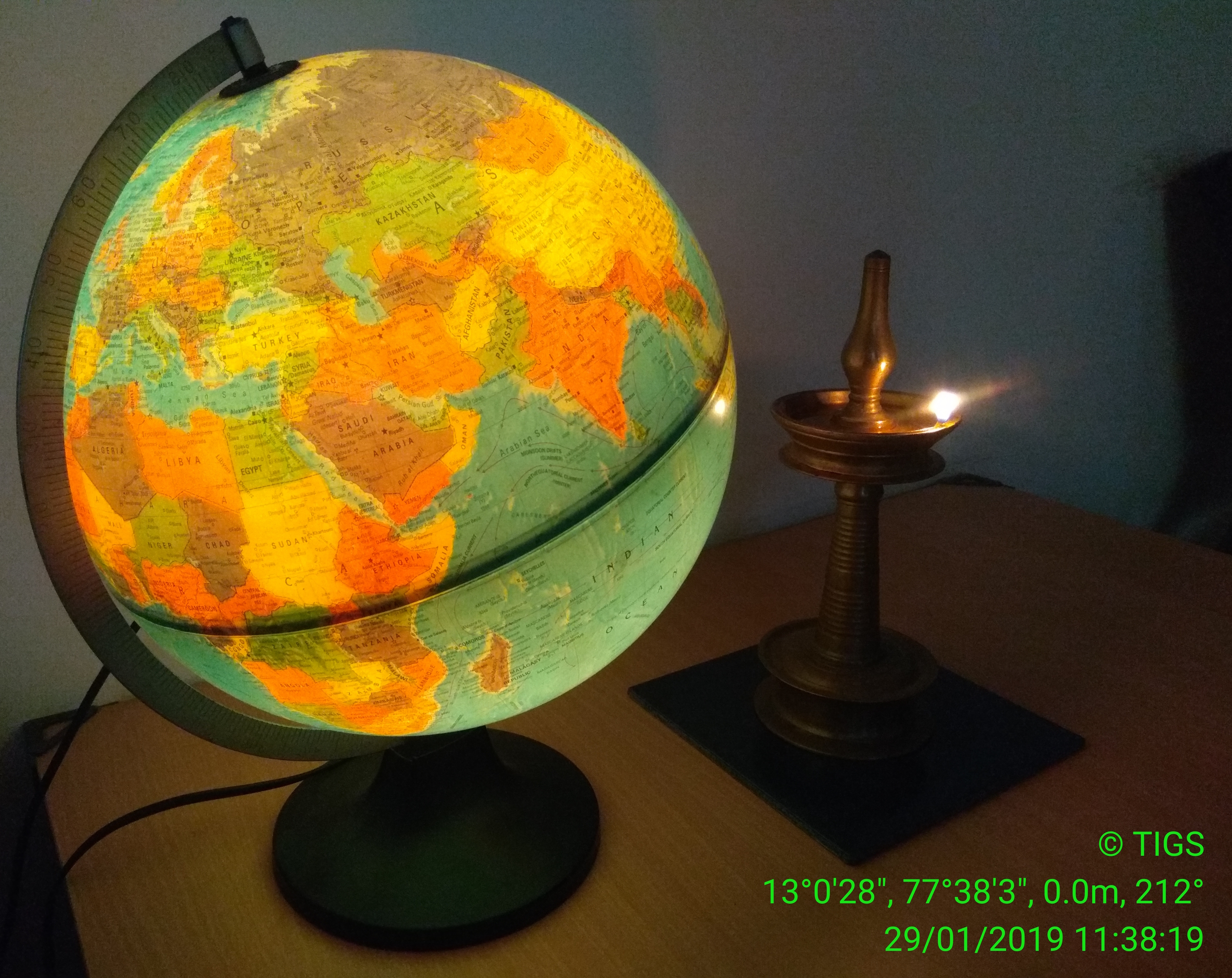 We all would like to live comfortably. We want things to be peaceful, nurturing, and healthy. Not all of us can have these things as much as we would like to. However, we try. All of us. Trying to shape our geographies is part of this.

Wherever we live, we try to make that place as good for us as possible. This is the process of shaping a “house” into a “home.” We try our best to fill the space with as many things as we can that bring us comfort … physical, emotional, psychological, etc. The four walls, a roof, and a floor dwelling becomes a home when we make the place as near “home” as we can.

How do we do this?

There are many ways to do this. Each of us has his/her own way of creating a landscape of comfort.

In the early 1980s, I migrated to USA to pursue higher studies. During those years that I lived there, every place I inhabited (flats, single rental rooms, etc.), I tried to convert into a near-home place.

There were two kinds of these: (a) objects of convenience bought locally in the USA, and (b) objects that I had taken from home in Bangalore (it was still officially Bangalore, in those days).

The former kind consisted of things such as a stereo system and various other little gadgets that all, together, made life comfortable. The stereo system was particularly important. I love Karnataka (also called Carnatic) music. Much of my youth in Bangalore was comforted by this music. At various times, I had different types of stereo systems. Having a stereo system in which to play it was a major contribution to making my life in USA that much more comfortable. This love of Karnataka sangītam is strongly associated with my father who was an amateur musician. Thus, the soundscape that I could have in my dwelling made it home-like. [Interesting … in India when we say ‘homely’, we mean ‘just like home.’ In the USA, ‘homey’ means ‘just like home.’ ‘Homely’ means ugly, plain, unappealing!]

Then, I had the different spices that made for homey food. My favorite food still is south Indian vegetarian – the sāmbārs, rasams, chutney pudi, etc. I could have these kinds of foods thanks to my sister-in-law who used to make them at home and send them to me with friends coming to the USA or give me when I visited Bangalore. Thus, the foodscape in my dwelling contributed to making closer to a ‘home away from home.’

On one of my trips to Bangalore, I took my mother’s lamp with me. This was a lamp in her puja space in the small kitchen in the house where I grew up. By the time this happened, I had become entirely fascinated by the ideas of sacred spaces in geography – call them faithscapes – as a result of the many conversations with my guru Dr Surinder Bhardwaj.

The lamp from my mother’s shrine, a symbol of syncretism that she always practised.

These conversations had helped me see the world around me sparkling with geography that was very intimate to me. They had started empowering me with the ideas that I could use to shape my space to give me the comforts of home.

This lamp was particularly potent as a symbol for the geographer in me. It was part of the shrine where my mother did her puja. This shrine accommodated a lot of different pictures and icons of deities. Everyone in the family had a favorite deity (i.e., ishta-devataa). Her puja was offered to all of them with equal devotion.

Someone returning from Velankanni (on the coast of Tamil Nadu) had brought back for her a small statue of the Virgin Mary holding the Christ Child. This, too became part of her shrine. On Sundays, my mother lit two candles, in addition to the oil / ghee lamps. The aarati was waved to all the icons and pictures.

On one of my visits, my niece asked me what this ‘being a geographer’ meant. I commented on the shrine and how I found it fascinating and soothing as a geographer. I commented that perhaps the one thing it lacked was an inscription from the Quran. Soon, she brought a sticker containing a verse from it (none of us could read the script, but it was authenticated by one of her Muslim friends). Sure enough, with the usual nonchalance, my mother pasted it on the wall of the shrine.

My guru had already taught me the significance and importance of such shrines: syncretic shrines, where old and new co-exist without conflict.

I have shared only a few details of how I tried to craft a home-scape for myself in every place I have ever lived. This is a common human endeavor.

However, notice that when we try to craft a home, we usually don’t bring into that space elements that have bad associations. It would defeat the whole idea of creating a comfort space.

Also, not all memories of ‘home’ are pleasant. This, too, is part of human experience. Out of all the experiences of home, we select and use the best parts.

Have you known anyone who migrated and lived in another place, however far that may have been? If so, ask them how they created their comfort space. What did they include and what did they exclude? Try to get them to share the reasons for these with you. If you want to share your findings with me, do so in the comment box below.

A version of this article appeared in the Deccan Herald Student Edition, 30 January 2016