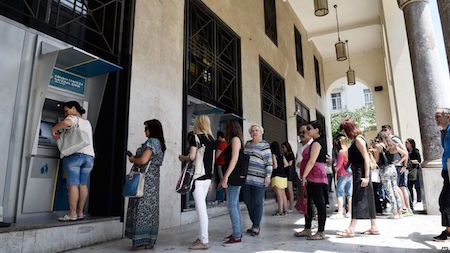 Often, these are groupings of people who share a common interest and they want to advance those interests. For example: access to financial credit, ability to obtain better wages and benefits from employers, getting a say in the way things are run. In fact, India, the country is a Union of its many states. Hence the term Union Government.

In the political structure in India, we elect members of the state legislature (the vidhana sabha) and the “lower” house of parliament (loka sabha). In doing this, we participate in the Union called India. Through this process we cede certain rights of the states (example: foreign policy, defence) to the larger Union – these form the Union List. States govern on some issues – these form the State List. Some are done together with the Union and form the Concurrent List.)

These civic (political) arrangements create our political geography. In this, while the states may ceded some rights to the Union, they enjoy the benefits of belonging to the Union. You know that old saying, “United we stand, divided we fall.” Well, there you are, then!

Outside the country, internationally, also, there are various forms of groupings. They also operate in the same way as other unions and with the same kind of aims – to further the aims of everyone’s interest.

Such groupings are called supra-national groupings (supra – Latin preposition meaning “on top of”, or above).

One example of a supranational grouping is the so-called European Union (EU). Over several decades after World War II, several western European nations evolved a union that brought about many changes individually and collectively. Each member state ceded (gave up) some aspects of its sovereignty in joining the Union. Together, they changed the nature of their borders. Within the EU, borders became much more porous, i.e., the borders would allow free movement of people, capital, goods, and so on.

The Euro became one of the three top preferred currencies for international trading (the other two are the British Pound and the US Dollar). Therefore, the members of the Eurozone benefited considerably.

However, one country, Greece, had many problems. These came largely from the mismanagement of the country’s finances by successive governments. Basically, they spent more than they earned. Tax collection was not adequately enforced – this meant the money that the government should get was not coming in. This, in turn, meant Greece had to borrow heavily from the common pot of money called the Eurozone and from the International Monetary Fund (IMF).

In order for Greece to remain a member of the Eurozone, it had to pay off its debt. This, it has been unable to do. So, Eurozone, EU, and the IMF demanded that Greece cut down its spending and increase income (revenue in the form of higher taxes). How is Greece to cut its spending? Well, reductions in pensions, social programs that the government traditionally paid for (such as health care for the poor, unemployment benefits for those unable to find jobs, etc.). This kind of cutting expenditure is called imposing austerity. The Greek people protested in the streets.

Things got to a point where in their last election, they voted into power a socialist party called Syriza. Syriza promised to reduce or even eliminate the austerity demands made by the EU and IMF.

However, after months and weeks of very tense negotiations, the Greek government has had to agree to several austerity programs. As part of this agreement, Greece gets to remain part of the EU and the Eurozone – i.e., the Euro will continue to be Greece’s currency.

The Greek people are again protesting in the streets.

Many people fear their savings in the banks will be used to pay the national debt – this means their hard-earned money will no longer be available to them.

Greece is in for a lot of economic problems into the next decade or more, according to some experts.

Countries around the world were impacted by this crisis as the flow of capital was threatened. In India, the Union Government has said that we will not be affected much, and that we are safe.

In a future column, I will share excerpts from an interview with a geographer who is a native of Greece. I will ask him some questions that you may find interesting.

A version of this article appeared in the Deccan Herald Student Edition on 23 July 2015.