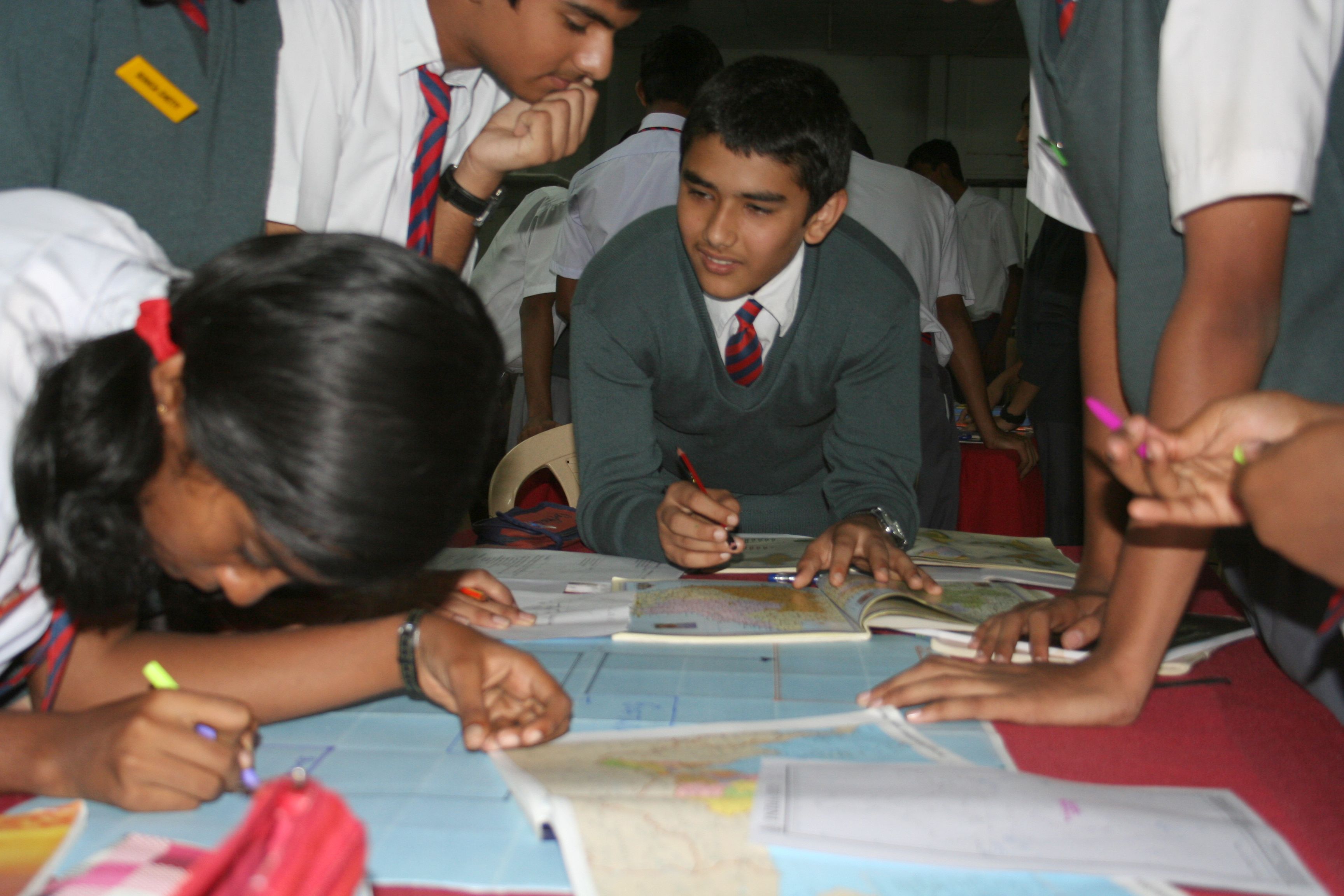 The Treaty of Versailles

In one or two of my workshops, I show the children three pictures. A photograph of Archduke Franz Ferdinand, an ethnic map of Austria-Hungry in 1914, and a picture of rava idly. (Read the related blog post here.)

As part of that, I refer to the Treaty of Versailles that hoped to bring an end to war in Europe (and the colonies of the various European powers). The signing of the treaty was particularly designed to humiliate Germany and was conducted in an empty railway carriage in Versailles. This was something that the Germans had not forgotten and Hitler capitalized on it in the run-up to his gaining power and the second world war. The second world war was crucial to the story I was telling. I was curious to know if my young geographers in the session knew about this humiliation of Germany.

So I asked, “Where was the Treaty of Versailles signed?”

One answer was obvious: Versailles.

The one I hoped to hear was: in an empty railway carriage.

But what does a cheeky fellow in the front row say? “At the bottom of the page!”

Ten minutes of utter chaos as we all laughed ourselves hoarse and I tried to recover my breath to continue.

Now, you would think this should be the dullest, most mind-numbing topic to have a whole three-hour workshop on. You’d be totally wrong! Even without any of the mathematics involved, this topic is utterly fascinating because it connects so many things we do. (I have shared several of these in previous blog posts; check them out if you are interested.)

Back to the workshop.

I time my workshops to exactly three hours. Somehow, that morning, I had finished about 20 minutes early. I have no idea how that happened. After the workshop was lunch time for the school.

I couldn’t let the students out that early – they would have created a lot of noise, disturbing other classes. There was no teacher present at the workshop to whom I could hand them over. What to do?

I remembered a small riddle that someone had taught me a few months earlier. I decided to pose that riddle for them. When I announced the riddle, the first question was what is the prize for solving it. I had to think quickly. I offered a five-rupee packet of roasted peanuts from the fellow vending it from his cart on the nearby M G Road. This was a great hit! Uproar. Calm restored, I told them that they could consult anyone they liked and could send me the answer by email or give it to me on a piece of paper with their name. The riddle:

There is a house. It has four walls. All the walls face in the same direction. Each wall has a window. A bear walks past the house. What is the color of the bear? And why that color?

This caused an even bigger commotion as animated discussion broke out among groups of various sizes.

I stood back letting the time pass and waiting for the roof to cave in on our heads.

I asked them how many of them were from Delhi. Most of them, especially the ones giving that answer.

“Simple. You pronounced ‘bear’ as ‘beer’! ‘Beer’ is what some people drink. ‘Bear’ is the big ferocious beast.” At this point I gave my impression of a bear. More uproarious laughter.

But whoever heard of a purple bear? (Or, purple beer for that matter?) So, back to reconsidering the options. All sorts of colors came up, but the groups got stuck on the final question: why that color?

Time was up. I could now safely let them go out and have their lunch and make all the noise wanted to make. Besides, I was also getting hungry for my lunch!

Finally, I coaxed them into leaving and stood by watching as the little geographers walked by deep in animated discussions.

Little Siddharth was walking alone, deep in thought, books and lunch dabba (box) in hand. I couldn’t resist the temptation. I leaned forward and said to him, “You’re not going to sleep tonight, are you?”

He just glared at me and walked on.

Half-way through lunch, half-eaten lunch in his dabba, he comes running up to me, points a finger at me, and says, “Don’t you feel bad about yourself?”

I burst out laughing. He runs off, giggling, to finish his lunch.

Eventually, he and several others did answer the riddle. I think I gave them certificates and chocolates instead of peanuts, for some reason.

Do you want to try answering that riddle? Email your answers to me at geo@tigs.in Be sure to mention your full name, your class, name of your school, location of your school, and your geography teacher’s name. I will send you a small prize. It’s a surprise … no, not peanuts!

These are just a few of my many, many teacher moments. Every teacher probably has a tonne of these to share. Are you a teacher? Do you have a geography Teacher Moment to share? Email me with your moment at geo@tigs.in

I have often told parents that they may experience many joys of having their children in their lives, but these moments … the Teacher Moments … are mine and mine alone. I gloat. But I also thank them for the joy of knowing and learning from their children.

A version of this article appeared in the Deccan Herald Student Edition, September 2017