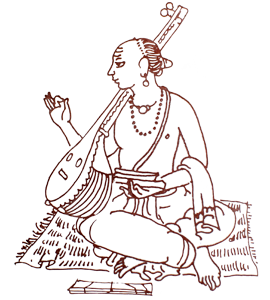 Point of view, often abbreviated to POV, is very important for us to make sense of our world. And since POVs differ among us, we have to learn to accommodate each other.

Earth can be viewed as a purely physical system. Under this POV, Earth receives enormous quantities of solar energy. Add to this, the energy emanating from Earth’s own core. The entire Earth system is one huge machine that is constantly redistributing energy all over the place. This also involves transformation of energy from one form to another – heat to mechanical (potential and kinetic), mechanical to heat, chemical to heat to chemical, and so on. A myriad transformations. Ultimately, redistribution of energy is what is happening.

This happens because the energy is unevenly received, produced, and spread. It is as if Earth were heading towards a ‘balance’ of energy. All life exists because of the imbalance in this system. Once achieve a balance, all life will end.

In this POV, all phenomena can be understood, measured, and systematically catalogued. All phenomena can be explained by universal laws of physics – the laws of thermodynamics, for instance. This POV is called the positivist approach. In sum, Earth is a physical system that can be fully explained using laws of nature.

There are other POVs too. My other favorite POV is the mystical (mystical = spiritually symbolic). In this, Earth’s phenomena are symbolic, metaphorical (Greek origin; ‘a figure of speech in which a term or phrase is applied to something to which it is not literally applicable in order to suggest a resemblance’).

This POV has always fascinated me for some reason.

Every religion seems to have its own set of mystics – people who took the mystical view of the universe. In this, Earth and its phenomena are used to assert spiritual ideas. It is a form of ‘reading the landscape.’

I share a few examples with you today so that you can see how nature (geography) is seen by the mystical POV.

Here, the endurance of two physical geographical features are used to denote a vast length of time. Geological time scales are vastly larger than human life-time scales. So, the mountains shall endure ‘forever.’ The rivers, too – except the poet didn’t seem to think it would be possible for a future Age of the Anthropocene rapidly to destroy rivers!

Remembering the small amount of water drunk in childhood
Bearing on its head, the coconut gives humans
Ambrosia-like water all life-long
Good people do not forget favors shown to them

Here, the poet draws a moral lesson from the coconut tree: the importance of remembering good that is done to you. This is an important component of human interactions; it helps ‘make the world a better place.’ Why? Because it emphasizes the importance of interdependence. This has profound impacts on the landscape. For example, in many railway stations in India, you will find drinking water facilities donated by philanthropes (literally, ‘those who love humans’). This is a very old practice dating back centuries, even before railways ever came to India.

Water, as a resource, was never to be sold or bought – it was to be shared. When I was a kid, we were told that if someone asks for water to drink and you refuse to give them the water, you will be born a lizard in your next life! We fully believed this! (We were not the questioning types!) It never occurred to us to ask, “Why is being born a lizard so bad?”

The land that was owned before, by three crore* rulers
Having got a deed made saying that it is mine
Having built a fancy house, with turrets and ramparts
When the proud owner dies, they throw him out.

Here, Purandaradāsa warns us against getting too attached to property. Whom does Earth – even a piece of it – really belong to? Many cultures in the world believed that land could not be owned. At best, we may be temporary occupants, no more.

So, Purandaradāsa also says, we should never get attached to this land (world). He draws a lesson from birds:

Just like the rain for the parched crop,
Just like the flower creeper finding a support, …
O Guru, To get your compassion …
What good deeds did I perform (to deserve this)?

The long hot scorching temperatures, parching the land, and the life-rejuvenating rains of the monsoons (southwest or northeast or both) are facts of life in vast parts of India. What looks like death due to the heat gets revived and greenery flourishes. The monsoon rains are the source of a vast amount of poetry in India.

Living in this world, Earth, it is perhaps richer to look at it both from the positivist and from the mystical POVs. Each has its own beauty and nourishes our ‘spirit.’

In fact, they are not separate at all. We cause one POV to better appreciate the other POVs. As the late physicist, Richard Feynman, used to say, a poet and a scientist can both marvel at the beauty of a flower in their own ways. No one way is superior to another. Each has its place.

Science, art, mysticism … they all hold rich treasures that can make our appreciation of geography richer and more pleasurable.

So, explore what your favorite poets have to say about Earth and its happenings.

You will likely be thrilled!