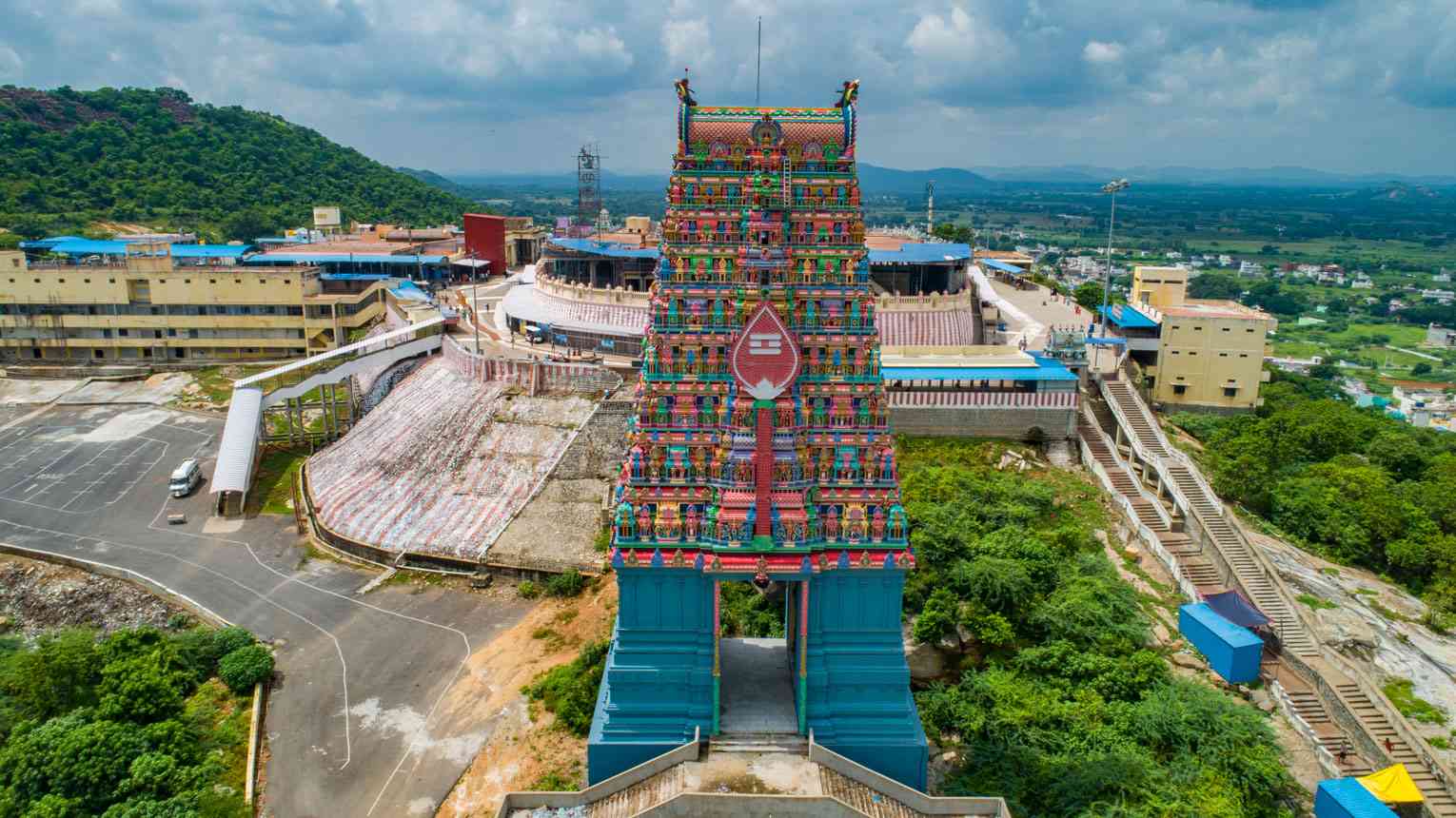 It has been almost thirty years since the British took control of Bengal. The British East India Company (also called “The Company”) was growing in size and other European powers were out of the race to rule all of India.

The conflicts with the Dutch and the French had resulted in a mess of alliances with the local rulers. With the rising strength of The Company the movement of people and goods became more organized. The political influence of the Indian rulers was waning and they exercised limited power within their Princely States.

However, pilgrimage is encouraged, because the Company profits the resulting taxes. The Company ruled the coasts and their hinterlands. On the Coromandel Coast many factories have been developed and now there is  mingling between Indian and western cultures. And possibly this is when western music entered the Indian cultural sphere. Despite the fact that it is a time of great turmoil, India is culturally blossoming. The constant movement of people creates cultural diffusion, a process by which tradition and custom spreads from one region to another and is assimilated into the culture of that region.

In a small temple town in the Kaveri Delta known as Thiruvarur a boy is born to a young brāhmana couple. Unbeknownst to them, their son would not only be a musical genius, but an incredible catalytic force that like many before him nurtured a way of looking at India as a united entity. Not necessarily a man who united the forces of all Indians against the British but a one who transcended many boundaries to help the creation of a unique cultural identity that is India. This is his story.

The standard biographical accounts are those of T. L. Venkatarama Aiyar (1968) and V. Raghavan (i975), who also provide toponymic information. Large parts of these accounts act as hagiography rather than actual historical details. Hagiography refers to writings regarding important people that may exaggerate or embellish certain parts of their lives. While this might be objected to by those who want a more accurate history of Dīkshitar’s life, this form of writing reflects the oral tradition of history prevalent in the Subcontinent. In this oral tradition people often do not remember the events of Dīkshitar’s life as a series of events at certain dates but rather a series of myths and legends and divine encounters. Most of what we know about Muttusvāmi, apart from his rough whereabouts throughout his life, is part of a lore surrounding the mythical character of Muttusvāmi Dīkshitar. For instance, while we can say for certain that a song was likely to have been composed at a certain temple because it addresses the deity residing there, his creative inspiration, thoughts, feelings, motivations all remain firmly in the realm of myth. We have not only used the standard account but another work as well: Muthuswami Dīkshitar – The Eternal Pilgrim (Ravi & Sridhar 2001). In writing this biography we have made tentative suggestions as to what we believe is part of the lore surrounding Dīkshitar.

Śrī Muttusvāmi Dīkshitar was born into a devout Shaivite family, on 24 March 1775.

By this time in India, the Vijayanagara empire had collapsed giving way to a fragmented southern India and it was succeeded by numerous small kingdoms. Some of these, including Tanjāvūr, were ruled by vassals of the Vijayanagara kings, the Nayaka kings. The Nayakas are seen as being responsible for bringing Telugu to the region. Both Thyagaraja (1767-1847) and Shyama Shastri (1762-1827) primarily wrote songs in Telugu. They were Dīkshitar’s contemporaries. They and Dīkshitar are considered the “Trinity of Karnātaka sangītam.”

By the late 17th century Tanjāvūr had been conquered by the Marātha rule. Shivaji’s half-brother Ekoji I was the first king of Maratha Tanjāvūr. The Maratha court saw the decline of classical Tamil, and a preference for Telugu and Samskrtam. When Dīkshitar was born, the Marātha king Thulajaji was in power, reinstated by the British East India Company after having been deposed by the Nawab of Arcot. Thulajaji seems to have been a supporter of literature.

The East India Company was steadily growing, and by 1776 had emerged victorious following three Anglo-Carnatic Wars. These wars established British dominion as we remember it today. The process of annexation was underway as the British managed to bite off larger and larger chunks of natively ruled india. In 1776 the British had managed to create a puppet state out of Tanjāvūr. In exchange for helping Thuljaji, the teenage king gave up much of his sovereignty to the Company.

However the British expansion still faced bitter resistance. In 1776 they had already fought a war against Mysuru’s Hyder Ali, and were in the midst of another war with the Maratha king in Poona (present-day Pune). There would be three further Anglo-Mysore Wars as well as three further Anglo-Maratha wars. These would continue until the campaign on Gwalior in 1843 with the final defeat of the Marathas. Dīkshitar did not live to see this, as he died in 1835.

The tail-end of the 18th century also saw the rise in Republicanism and people’s movements for democracy. The American Revolutionary War ended in 1775 and the United States of America was created only one year later. Following this, the French revolted too, overthrowing their king and establishing a republic.

Muttusvāmi Dīkshitar’s parents, Ramasvamy Dīkshitar and Subbulakshmi, were pious individuals.They observed many austerities such as prolonged fasting, deep meditation, prayer, and supplication at the temple of their family deity, Kumara, and at Vaidyesvarankoil, a nearby pilgrimage spot (Figure 1).

Locally, the deity is called “Muttukumārasvāmi.” Their son “Muttusvāmi” was named accordingly, after the deity because he was believed to be a blessing from Him and he shared his auspicious birth star.

The couple later had two more sons and one daughter.

In his early life, Dīkshitar received musical and scriptural training from his parents. Education within the home was the preferred mode by which the family passed on the traditions of learning and the arts to the next generation. After several years in Tiruvarur, the family moved to Manali, near what is now Chennai. At Manali they encountered European musical traditions through the family’s official contacts with the East India Company and learned a more vernacular music through informal interactions with people, including Irish fiddlers, who were associated with The Company.

One of the younger brothers, Balusvami, learned to play the violin and pioneered its use in Karnātaka music. He later introduced Dīkshitar to the French and English band music he had learned to play on the violin. Muttusvāmi Dīkshitar would later compose Sanskrit lyrics set to the tunes of thirty-nine different airs, such as “God Save the Queen,” “Voulezvous danser?” and “0 Whistle and I Will Come to You, My Lad.

Dīkshitar  inherited a long and illustrious tradition of learning and scholarship that was, in keeping with his time, shaped around the Sanskrit language and drew on Hindu scripture, philosophy, and mythology. After a few years’ stay at Manali, Dīkshitar became the disciple of Chidambaranātha Yogin and joined his guru on a pilgrimage to the holy city of Vārānasī.

There he lived for five years, learning Hindustani music and receiving metaphysical training from his guru. This schooling would greatly influence him in his songwriting. Legend has it that when the time came for the teacher and Dīkshitar to part, the teacher asked him to reach into the sacred waters of the river Gangā and accept as a blessing whatever object he found. When Dīkshitar did so, he found a vīnā.

The vīnā also has a deep musical and religious significance in the Hindu tradition as a symbol of learning and worship through music. Sarasvatī, the Hindu goddess of learning, is always depicted with a vīnā in her hands.

This set the stage for the undertaking of pilgrimages in earnest. Dīkshitar was equipped with schooling in advaita philosophy (the individual soul and the divine are the same) and trained in the art of playing the vīnā and singing devotional songs.

He had already taken the voluntary vow of an austere life so he lived as a pilgrim wandering from temple to temple as he composed song after sond. There are many speculations made regarding Dīkshitar’s travels. However, many of these are not backed by much evidence.

Dīkshitar returned south after his education in Vārānasī. He visited the shrine of his patron deity, Kumara, in Tiruttani. It is said that while he was sitting in deep contemplation all alone, an old man appeared before him, put some sugar candy in Dīkshitar’s mouth, and disappeared into the sanctum sanctorum.

Dīkshitar interpreted this as a vision of Kumāra (Murugan). One of the names for Kumāra is “Guha” (embodiment of deep mystical knowledge). With this spiritual inspiration, Dīkshitar composed his first song, saluting Guha as his guru. Thenceforth, all his songs bore “guru guha” as the stamp of authorship. Dīkshitar went on to compose a series of eight songs about the deity, using one of the eight Sanskritic declensions of the noun “guha” in each song.

En route back to Thiruvarur he visited shrines at Kanchi, Tiruvannamalai, Chidambaram, and Vaidyesvarankoil. He stayed at Tiruvarur for many years, composing devotional songs in salutation to the several deities in the temples of the town and at nearby shrines. For a time he lived in Kumbhakonam, because it was-and still is-a city with many temples, which he visited.

Then he moved to Tanjavur, where he continued his pilgrimage to many local and nearby shrines for several years. Tanjavur was the capital of the Marāthā rulers, who were great patrons of the various arts, including music. Here lived his contemporaries Shyāma Shāstri (1762-1827) and Tyāgarāja (1767-1847), the others who would be recognized as the pillars of the “musical trinity” of Karnātaka music.

The next pilgrimage site for Dīkshitar was Tiruchchirapalli, where he is known to have visited several temples. He also visited the famous Ramesvaram temple, situated on an island that is part of the chain of islands between Sri Lanka and India.

Here Rāma, an incarnation of Vishnu, is said to have worshiped Siva before his campaign against the demon king Ravana. This episode, part of the classic “victory of good over evil,” is embodied in the great Hindu epic, the Ramayana.

Equivalent to Vārānasī in the north, Rāméśvaram is a premier place of Siva pilgrimage in the south. Devout pilgrims bring holy water from Vārānasī and other sacred places on the banks of the river Gangā and pour it ritually on the granite icon of Śiva at Rāméśvaram.

This ritual act evokes a momentous Hindu myth, the descent of the holy river Gangā from heaven, in which Śiva holds the mighty river in his matted locks before letting it gush forth to Earth.

This reenactment ritual is also a powerful symbol of the spiritual union of North and South India. Dīkshitar, hearing that one of his brothers had gone to Ettaiyapuram at the invitation of the local king, traveled there, composing songs at each of the several shrines he visited.

The brothers lived in Ettaiyapuram for several years, under the patronage of the local ruler. Muttusvāmi Dīkshitar is said to have visited numerous other pilgrimage centers, including some in the modern state of Kerala, and eventually returned to Ettaiyapuram.

There, in 1835, during Dīpāvalī, the Festival of Lights, he passed away.