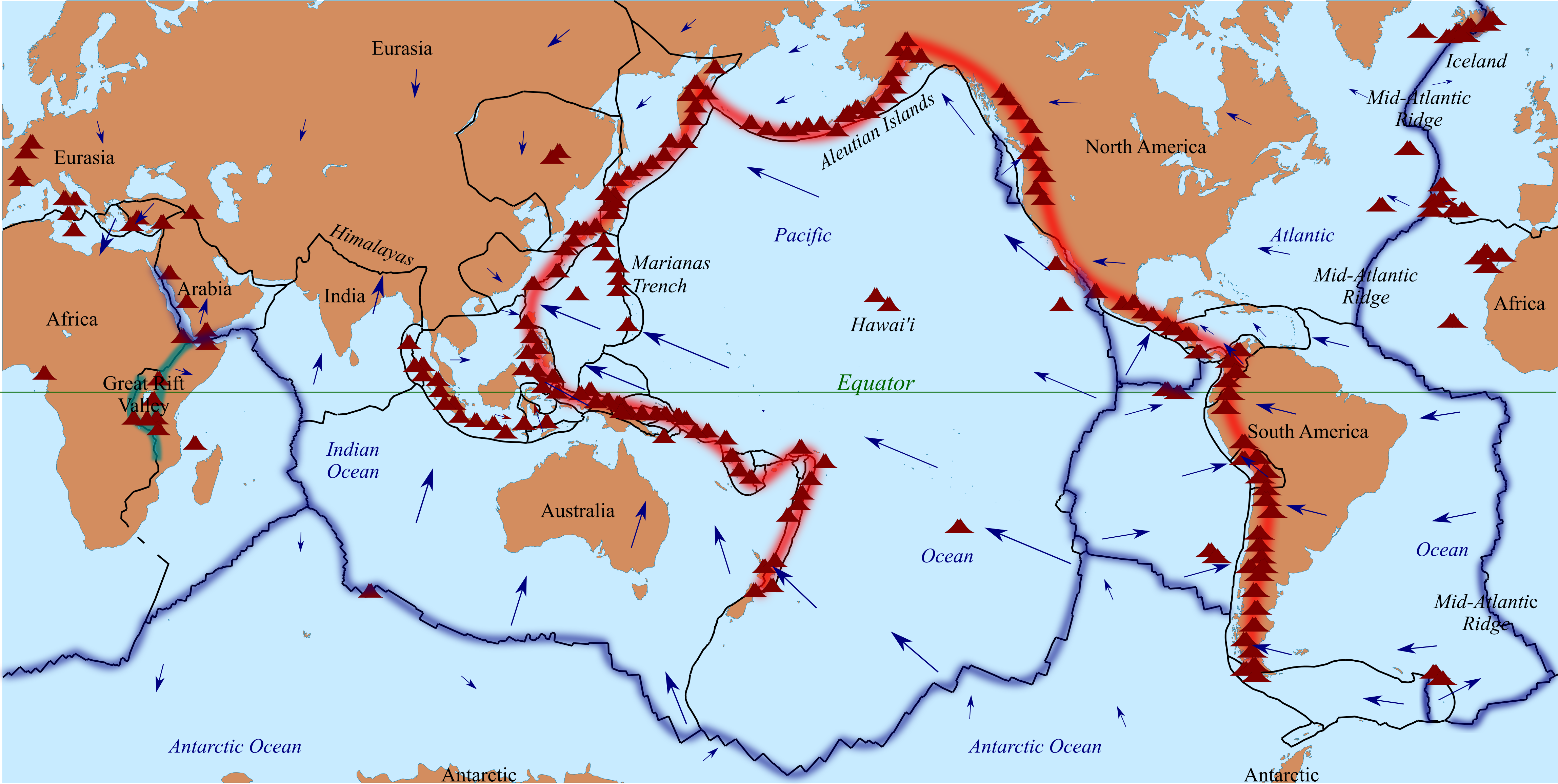 In nature, there are no ‘disasters.’ Earth is still undergoing change. It is a ‘restless’ planet. Earthquakes, tsunamis, severe weather, etc. are all part of this process. We are very tiny and powerless against these forces of nature. When we get in their way, we are in severe danger. Often, we get killed. WE call these ‘disasters.’ Nature does not discriminate for or against anyone or anything.  Japan offers us the latest example.

On Friday, 11 March 2011, Japan experienced a very severe earthquake just 130 km off its northeastern coastal city of Sendai, at 2:46pm Japan Standard Time (11:16am IST). The US Geological Survey (USGS) says this was the 7th most powerful earthquake ever recorded.

Within minutes after this, a tsunami (Japanese word; tsu = harbor, nami = wave) hit the northeastern coast of Japan. A huge wall of water, several storeys tall, and stretching for many kilometers, rushed on to land and engulfed everything – and almost everyone – in its path. This quake and tsunami’s effects are being felt both locally and worldwide.

What is an earthquake?

Earth’s crust consists of a many large and small ‘tectonic plates’ which have been floating about on a very hot, thick, gooey mass for millions of years. In some places, the boundaries of the plates rub against each other as they move. At some point, the pressure is so much that one (or both) of the plates suddenly jerks. This happens several kilometers underground. On the surface, where we live, we feel the ground shaking under us. This is what we experience as an earthquake. (Explore! the different kinds of earthquake processes on the US Geological Survey website. [Accessed 18 March 2021])  Note: all “Explore!” links are to external sites and will open in a new tab.)

Earthquakes happen underground. The point that is on the surface, directly above the point of the movement is called the “epicenter.”

What is a tsunami?

Earthquakes also occur underground below the ocean floor. Subduction,  a type of plate movement, occurs when two plates collide. The older plate is denser and heavier (because it has had time to cool). The younger plate is lighter (because it is still hotter). The heavier older plate bucks under and the newer lighter plate slides over the older plate. View this simple explainer about tsunamis.

Over time, a lot of pressure builds up and sometimes there is sudden jerky movement of the plates. When this happens, the ocean is jolted. This causes the water above the earthquake point to be violently and suddenly pushed with a tremendous amount of force. A huge wave forms out on the open ocean.

When this wave travels and encounters a coast, it bumps into the land. Coastal areas are very shallow. When this bump occurs, the water rises high and crashes on to the land. If the land is flat, the water floods inland with extreme force and wipes out everything in its path.

Most of us in India first heard the word ‘tsunami’ when one hit our east coast on 26 December 2004.

What happened in Japan?

Sometimes, so much pressure builds up that there is sudden jerking motion of the plates. The USGS has estimated that in this instance, the Pacific Plate moved 30-40 meters suddenly. This movement was 300km long and the width of the plate that moved was 150km, leading to a total area of 45,000 sq.km. moving! This is a tremendous amount of force.

This pushed the ocean water up with great violence. The water rose about 10 metres and came back down. This up and down movement happened for a while. The waves traveled away like ripples in a pond. When the first major wave hit land, along the northeastern coast, the water flooded inland and washed away objects and people. How did the tectonic plates move and cause the tsunami?

When the tsunami arrived, within minutes after the quake, the devastation was immediate and immense, as you can see in the two videos below:

Check here for the intensity map of this 9.1 earthquake.

After-shocks (earthquakes that occur as the plates settle down again) are occurring and are expected to continue for some time. This makes matters worse. Quite apart from the tsunami, the quake is felt at different intensities in different locations. As you go away from the actual epicenter of the quake, the intensity usually decreases.

Likewise, as you go away from the epicenter, the height of waves also decreases. These waves can still pose a threat to coastal populations in their paths depending on how the coast is structured.

Here is an interesting map showing the wave heights as you go away from the epicenter. The black area is the epicenter and the colors change as you move away. It also shows the time it takes for the tsunami to reach different distances and the height of the wave.

2011 earthquake and tsunami off the coast of Japan. [Source: https://is.gd/Ahgnab Accessed on: 18 March 2021] Click on the image to see a larger version.

Why is Japan so prone to earthquakes?

The Pacific Plate is a major plate. Its margins touch many countries of North America, South America, Asia, and Australia and New Zealand (there was an earthquake here recently). All around this plate, at its margins, there is always a lot of volcano and earthquake activity. Hence it is called the ‘Pacific Ring of Fire.’

The ‘Pacific Ring of Fire’. Volcanic hot-spots are shown as triangles, earthquake belt is shown in red, and arrows indicate the direction of movement of the various plates. [Source: https://is.gd/2FTuVR Accessed on 18 March 2021] Click on the image to view a larger version.

All countries along this Ring are vulnerable.  Japan is one of them, and has a long history of earthquakes (Explore!).

Because of their long experience with earthquakes, volcanoes, and tsunamis, the government has enforced many building rules  to prevent loss of life during earthquakes (Explore!). The entire country also practices drills to be prepared for these extreme events. These have saved many lives in the recent crisis. In spite of these precautions, the death toll and economic toll are very very high. It could have been far worse!

What are the impacts?

There are several phases of action when such crises occur.

Rescue and relief follow each other closely. Rescue is for a short time. Relief may last longer. The other steps have to follow quickly, but they are long-term efforts.

In this instance, the immediate impact has been the loss of lives. The death toll is still being calculated, but it is expected that it may be several hundreds of thousands. It is difficult to reach many places. So, rescue became very difficult very quickly.  Japan is in the higher latitudes and it is still cold there; snow is falling. Snowfall is also slowing rescue and relief efforts. Japan’s economy is mainly in the manufacturing sector. So, from automobiles to computer chips all industries have suffered. The Japanese economy is suffering badly. This means, the global economy also suffers. India and Japan have significant investments in each other’s economies. These are also seriously affected.

Most importantly, Japan’s nuclear power plants have been damaged quite severely. There are very serious worries about severe nuclear radiation affecting both Japan and the entire world, including India, is at risk of nuclear radiation. It’s geography: winds circulate around the world, carrying radioactive material. This is why India and many other countries are very worried and are carrying out safety inspections of their own nuclear power plants. The USA has sent experts and materials to help reduce the nuclear risks.

Some dramatic pictures of places before and after the recent events show how powerful nature’s forces are. They truly remind us that our powers to withstand them are very limited. (Explore!)

No one knows for sure what the full impacts will be, for how long, or how long it will take for Japan to recover. Watch the news on TV, in newspapers, and online to keep yourself informed of what is happening.

Images of the destruction caused by the tsunami are constantly being updated.  Here are some sites you could monitor: