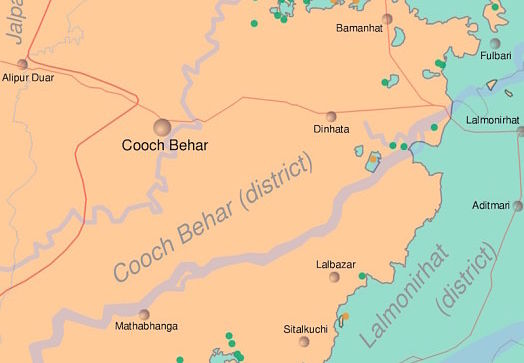 Recently, Indian Prime Minister Sri Narendra Modi went on an “historic” visit to our eastern neighbor: Bangla Desh. What made it so historic? Answer: the enormous impacts on the human geographies of the two countries.

First, let us step back a little.

The discipline of geography has two main branches: physical geography and human geography. Physical geography deals with the geographies of the physical environment – e.g.: soils, climate, biomes, hydrography (hydro = water, graphy = description), etc. Human geography deals with the way human beings organize geographic space and organize themselves in that space – e.g.: the way we practise agriculture, where we live, organization of settlements, which country rules where, etc.

That last item has been a source of much concern, confusion, and irritation. Even unrest. Throughout human history the way national (and other) boundaries are drawn has been a huge problem. The question of where people belong is very complex and important. Just imagine for a moment … What if the town you live in is taken over by another country? Or it belongs to India but is surrounded by another country. India is a large country, but for you it would be a small area. No access to what India offers; or very difficult access.

This kind of thing has happened a lot in the world. Places that belong to a country but are located inside another country (surrounded by the territory of another country) are called enclaves (from Latin inclavare ‘to close with a key’).

During the course of complex history, including the partition of India in 1947, the human geography of India changed a lot. Following the birth of Bangla Desh in 1971, enclaves that were Indian and East Pakistani, became Indian and Bangla Deshi.

The citizenship of the people living in these enclaves was very unclear. Their rights also were unclear. Administration of the territories by the respective home countries was also complicated. Some extreme situations have also occurred; two houses, only 10 metres apart, are in two different countries because the border runs between them.

The implementation of the agreement begins on mid-night of 31 July 2015. The lives of the people living in these enclaves will change in some very profound ways.

An earlier version of this article appeared in the Deccan Herald Student Edition, 02 July 2015.