Geography that can make you CRY! 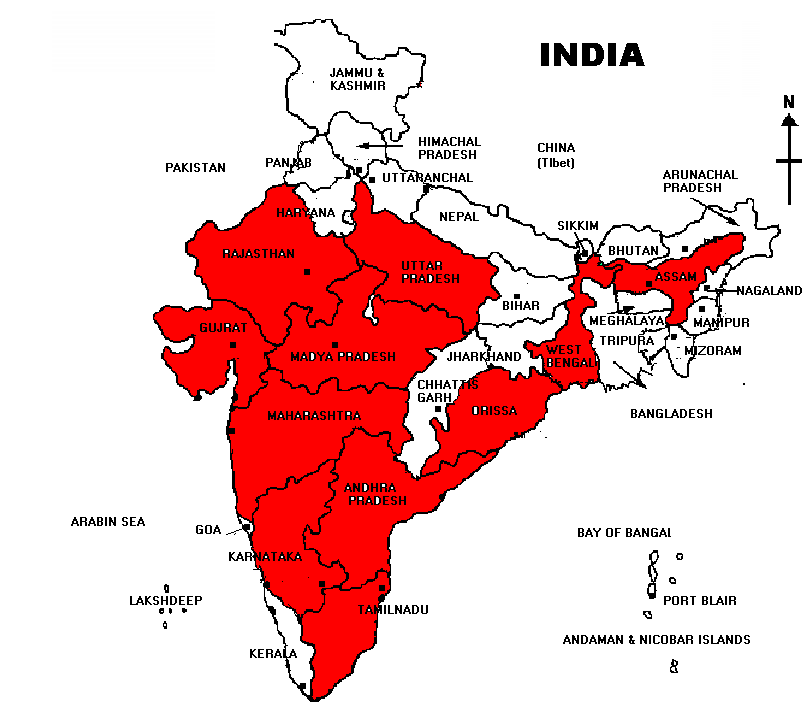 <<Updated: 18 Feb. 2022 with satellite images at the end of the post.>>  This is about an explorer’s blunder that led … to an accidental discovery … to a lot of shouting, screaming, panting, crying, and dancing about …  to how most of us today enjoy our meals. People just can’t let well enough alone. And we should be thankful for that!

In 1492 Christopher Columbus, “Chris” we call him, set out to discover a route to India. You see, Indian pepper was such a prized commodity in those days, all the European sea-farers wanted to find a way to get to India by sea and take ship-loads of the stuff back home. There was a LOT of money to be made by this.

The problem was no one had figured out how to get to India by sea.

The race was on. Chris set out to find this route. Poor fellow, he never made it. Everywhere he went, he kept calling the people Indians (‘Indios’) … which is why you have so many ‘Indians’ all over the world!

Anyhow, he and his friends ended up ‘discovering’ what they called the ‘new world.’ This was, of course, rubbish. Civilizations had existed centuries before our friends showed up there.

There, these chaps found many curious things. Among them, was a small plant with green (and red when ripe) fruit that the native people used in their food and in some medicines, too. When these European fellows bit into this fruit they thought a huge global war had started in their mouths and that the roofs of their heads were about to blow open. They gasped! Their eyes watered, their noses ran, their ears rang, and they generally felt like flapping about and crying for Mommy! After the effects wore off, they calmed down and decided that this tasted just like that ‘pepper’ from India that someone had given them back home in Europe. So, they called it pepper!

Except, the natives called it something else: chile (pronounced CHEE-lay). We now call it “chilli.”

Our seafaring friends brought it back to Spain and started growing it. After that, what happened is not very clear. Some people believe that from México (pronounced MAY-hi-co), this plant found its way to the Philippines which was a Spanish colony at the time. It spread from Spain to neighbouring Portugal. The Portuguese then brought it to Goa, which was their colony.

From India, chillis are said to have traveled through Central Asia and Turkey, to Hungary, where it became the national spice in the form of paprika.

Some others say that the Portuguese brought chillis to Goa from Brazil which they had colonized.

Chillis had been consumed by humans since at least 7,500 BCE (Before the Common Era) when they collected it in the wild in what we now call South America and Central America. Archaeological evidence suggests that people started deliberately and systematically growing it (i.e., they domesticated the plant) in Ecuador as long as 6,000 yrs ago (about 4,000 BCE). How the natives must have laughed when Chris and his buddies danced around with fire in their mouths when they bit into the chillis!

India not only gave the world pepper and so many other spices, and precious gems, it also received many things in return. The chilli is among them.

In the India of those times, it spread far and wide. Today, India is the largest exporter of chillis in the world (look at this figure — click on the pic to enlarge it in a different window/tab).

In India, the state of Andhra Pradesh grows the most amount of chilli (look at the map here). Ever eaten a proper Andhra meal? You should! You will explode, but you will be fine soon enough and live to tell the tale! The same in the dry regions of northern Karnataka.

All this is fine. People everywhere argue about which chillis are the hottest! Which is the most wicked, the most devilishly hot chilli that humans dare to eat? Well, for a long time people went with their own tastes. The problem with this is that it is not standard; different people have different levels of heat they can take.

Now there is a scientific measure for the spiciness of the chilli: Scoville Heat Units (SHU). This is derived using liquid chromatography techniques to measure the amount of capsaicin in the chilli. This capsaicin is what makes the chilli hot. The big fat capsicum that we often cook with is a harmless delicate darling; it has 0 SHU. New Mexico (USA) green chillis have 1,500 SHU, jalapeños (“hala-PEY-nyos”; you might have eaten these on a pizza; these chillis are from Jalapas, México; hence the name) has 2,500–5,000 SHU, and habañeros (aba-NYEY-ros) have 300,000 SHU.

There is disagreement among people on the hottest pepper – some say you didn’t test it under the right conditions, the right age, the right location, and so on. It is a HUGE deal for people. The Guinness Book of World Records is a big obsession for people and that makes things very hotly contested indeed!

All from northeastern India! The “naga” varieties are obviously associated with Nagaland specifically and the ‘bhut jolokia’ is grown particularly in Manipur.  “Jolokia” means chilli in Assamese. Some people claim that the “bhut”(or “bhoot”) is nothing to do with any ghosts. They say “bhoot” is actually a corruption of “bhot” or “bhotiya”, a tribe in the Himalayan region (see map) and they are the ones who cultivated it. The Bhotiya tribal population also exists in India — particularly in Jammu and Kashmir, Ladakh, Arunachal Pradesh, Himachal Pradesh, Uttaranchal, Uttar Pradesh, West Bengal, Sikkim, and Tripura.

From the Eye in the Sky

Here are satellite images of chillis being dried in the sun:

A ❤️ #satellite image taken today morning which shows a lot of red-colouring around Chaan near Sawai Madhopur. The red colour is because people are drying Chilli in these areas 🌶️🌶️🌶️

From December till Feb pic.twitter.com/Via58PsH7a

And one video close to land

Wow. Can we get an image high res enough to print at A4 or so? Would love to get some satellite pictures of Ranthambhore and or around pic.twitter.com/vMNNZ0XZVZ

A note on names and spellings: In India we use two spellings “chili” and “chilli.” We do not use “pepper” in connection with chilli in Indian English, but we do so in the southern Indian languages (try to name the languages).