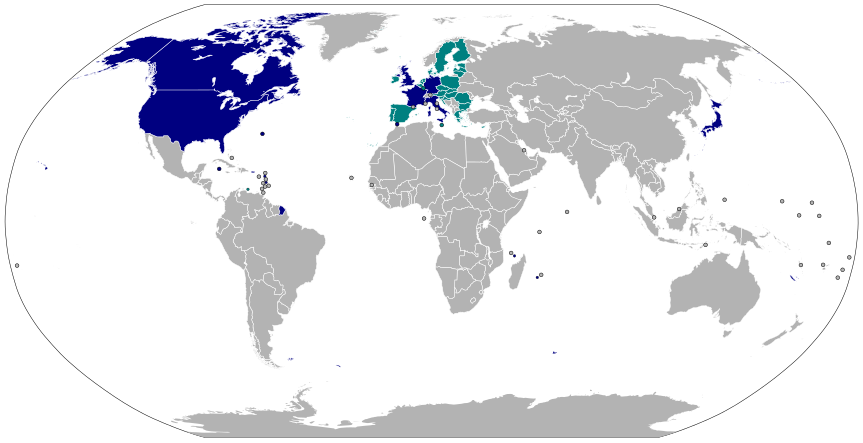 Mr Trump in a snit

On 8 and 9 June 2018, Mr Donald Trump, President of the USA, went to La Malbaie, Quebec, Canada (see map below) for a meeting with leaders and delegations of six other countries. All of them are members of a group called G-7 (‘Group of Seven’).

He was really angry even before he left Washington DC to attend this meeting. Once there, he argued and fought with everyone, refused to sign a joint statement, and left early. In a huff!

‘International relations’ is a great career option for students of the social sciences – geography, history, sociology, economics, and political science.

Friendships are complicated things. We make and break friendships. Sometimes, we just let them die out by neglecting them. Yet other times, we revive and restore friendships. You know, things like hooking each other’s pinkies and swearing undying friendship and all that.

Often, we have relationships that are merely friendly and transactional –all parties seek to benefit in some way. This kind of relationship is driven by enlightened self-interest. It’s a matter of convenience.

Countries form various kinds of transactional relationships based on complementarity – what one party needs, another party can supply and vice versa.

Except, with countries, it is not as simple as selling and buying. Laws get involved. Trading countries try to expand their relationship to political, military, and economic aspects as well.

Therefore, my country buys your country’s steel. We will keep the taxes on those low so people in our country can buy it at a cheaper price. What will you give us in return?

We produce a lot of automobile spare parts for export. We’ll export those to you. You keep your taxes on our goods low so that people in your country can buy our products at low prices.

Geographically, we call these spatial interactions.

Often, more than one country can supply what we want to buy. In those instances, the buying country negotiates the terms of trade. They may buy from more than one country, but the amount they buy would vary. The country that is most ‘friendly’ to the buyer country will get the business – added benefits could be that they will help us with political negotiations with a third country.

If the supplier country angers us in any way, we might try to punish them by imposing huge taxes on their goods coming to our country. The cost of these goods would go up and people in our country would not buy the products. We would seek another country that offers us a better deal.

We see such transactions every day in our market places. Just go to a fruit and vegetable market anywhere in town, and you will see these processes going.

This kind of relationship-building applies at the scale of countries, too.

In order to ensure good trade and other relations with each other, countries that share common interests form supranational alliances (supra = above, beyond), sometimes also called blocs (no k in that word!).

There are many such alliances in the world. Their aims are diverse and include military, trade, political, cultural, and other aspects.

For example, NATO (North Atlantic Treaty Organization) is primarily a military alliance. If any of the member countries are attacked by another country, all members will defend the country attacked. One of the major adversaries that NATO is currently concerned about is Russia.

Now, however, some people are questioning the basis of the G-7 group saying that several of the members’ economies are declining so far, that India and China are soon going to be overtaking them. There is a suggestion that these two should be included in the group. Others argue that it is not just about trade, but ‘shared values’ of democracy, human rights, etc. (See question 5 below)

A version of this article appeared in the Deccan Herald Student Edition on 13 June 2018.