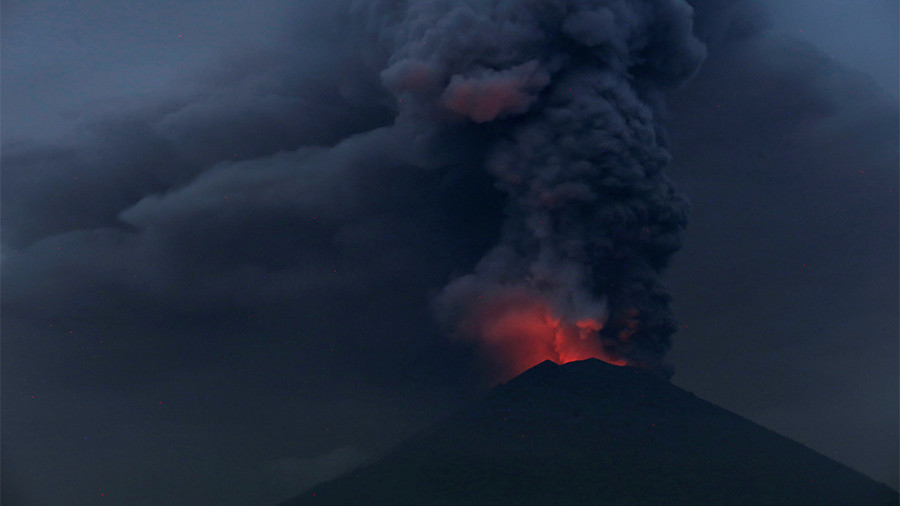 “Don’t go on the internet!”, you are often admonished. And rightly so. It is addictive and can lead you to waste a lot of time, believing things are neither true nor wholesome for you. I get all that and I agree with it.

… sometimes, there are so many geographically interesting online reading materials. Occasionally, I like to share a listicle with you. A listicle is an article with a list of articles in it. You see how that word is composed?

So, here’s a listicle for you today on the theme of volcanoes at work!

When volcanoes erupt, they often send ash up to thousands of metres into the atmosphere. Prevailing winds spread this ash in different directions, often around the world. These can cause widespread disruptions of lives and livelihoods. For example, breathing in volcanic ash can be extremely dangerous. The ash can clog the airways in the bodies of animals (that means, us, too), leading to suffocation and, potentially, death. Besides, the ash could contain many sharp particles that could cut us up inside … it’s like breathing millions of tiny glass shards (fragments, pieces)!

The people living around the volcano are particularly vulnerable to the emissions from the volcano. As geologist Dr Iain Stuart says, humans have always struck ‘a very risky bargain’ with Earth. It provides us with ‘riches’, particularly where there are fissures (breaks) on the surface, but those are also very dangerous areas for us to live.

Areas around volcanoes have very fertile soil. This is very good for agriculture and people live in such areas for the economic benefits that agriculture can bring us. However, by living there we are also exposing our lives and livelihoods to great hazards. These can lead to disasters.

Remember, volcanoes are one kind of natural hazards, not disasters. Disasters are human-caused. Lack of preparation, lack of attention to safety, etc. are the disasters.

Lately some volcanoes have been active, causing serious concern … for people, of course. We seem to hardly care about any other species.

What lies underneath the active Agung volcano of Bali? The geology (Earth science) under the volcano is what makes it so dangerous. Earthquakes have allowed magma (molten rock underground) to move into the volcano’s magma chamber, forcing a lot of volcanic material to come spewing out. Read the details here (all links open in a new tab/window; clicking on images will open a larger size image).

In the Philippines, the Mayon volcano has suddenly started erupting. More than 40,000 people are in its zone of danger. Here, and here (with video) are two reports as of 22 January 2018.

Papua New Guinea (PNG) is a nation of many islands … and volcanoes. On the island of Kadovar, a volcano that had remained dormant (literally, “sleeping”) for a long time, has suddenly become active. Given that PNG is not a wealthy country, the eruption poses a very formidable challenge to providing safety for the approximately 1,500 people immediately affected. It is believed that many of them will not be able to return to their islands (each island is very small) as the erupting volcano may make their islands inhospitable. Here is a BBC report of 14 January 2018.  Also, check out this report (with video).  In addition to the volcanic hazards, there are also concerns about tsunamis.

In the 1990s, archaeologists unearthed a series of mass graves near London in an area called Spitalsfield. They found the skeletons of more than 4,000 humans packed into large pits. To begin understanding the cause of these deaths, archaeologists first conducted tests to determine when these people had died. They found that the deaths occurred around 1250 AD.

Then, they had to look at history to answer what huge event may have caused such a large number of deaths. This is where things got very interesting. I will not give away the story, because it is a superb detective story! Earth science is also a forensic science.

‘Forensic’ means logically determining something through debate and evidence.

In this case, Earth scientists used, among many tools and methods, something very surprising: unique ‘finger prints’ of volcanoes! Intrigued? I certainly hope you are!

Watch the video below (duration: 53 minutes). Try to watch it without any distractions. No textbook will give you this kind of fascinating account of a real-world application of many disciplines to answer a question!

You, too, can monitor volcanic activity around the world! This is the Information Age, my friends! So, get online and check out this particularly good site hosted by the Smithsonian Institution: https://goo.gl/092lGS On this site, you can monitor the very latest information on active volcanoes. They have interactive map that you can explore.

Explore a world of ideas! Be informed! Let the information lead you to better understanding and compassion – i.e., let it lead you to being a Citizen Geographer!