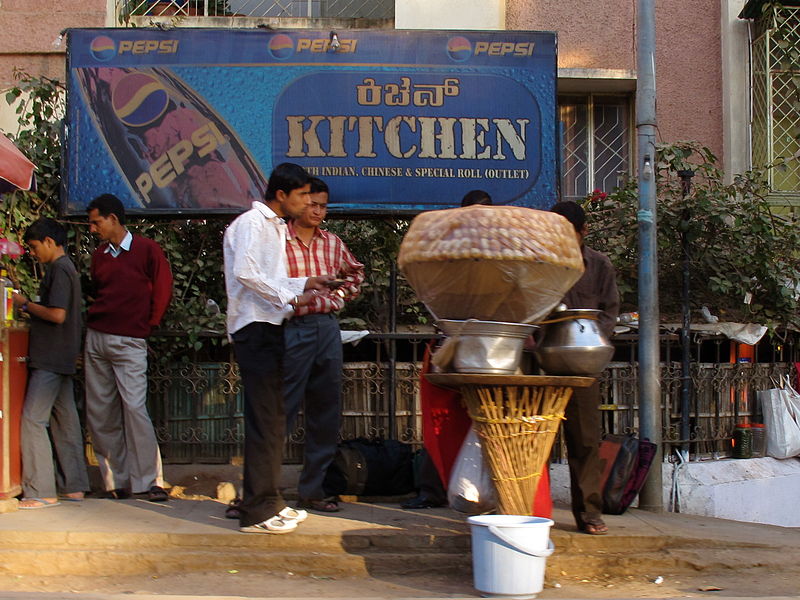 This word, virus, is extraordinarily common in everyday conversation lately. And I don’t mean only computer and smart phone operating systems. Oh, his Android was attacked by a virus! And such other.

Two other variations on this theme are increasingly popular; one globally, one rather special to Bengaluru.

As millions upon millions of our species get on social media – you know, FaceBook, Twitter, SnapChat, and a myriad others – things are going viral! Someone makes fun of someone in some widely appealing way, and we say, His (or her) tweet went viral! Depending on your point of view, that may be good or bad.

This going viral specifically has very clear and obvious geography connections. It refers to the spread of an idea by a process that can be called mediated diffusion – it is carried by a medium. In this case, it is the internet. The idea that is spreading could be vitally useful information (e.g.: emergency instructions), jokes, misinformation (WhatsApp groups are notorious for this), and utter rubbish (e.g.: breathless ideas such as: Earth’s rotation is going to reverse … Earth is going to pass through a ‘photon belt’ … all sorts of changes are going to happen because of these … very soon … get ready … here it comes!).

Since the internet connects a vast part of the human population (though parts of it are blocked out in China), the spread can be practically instantaneous.

We Bengalureans are wimps like few others! The naturally occurring airborne particulates (think pollen, fungal spores, and the like) often also include viruses of the disease-causing kind. Many of these are seasonal – following climatic and weather patterns.

Add to these the muck we put out into the atmosphere – dust from dug-up areas, vehicular pollution, burning garbage piles (hey, whose city is it, anyway?), second-hand smoke, and so on.

The combination is deadly. For anyone with any kind of respiratory ailment, Bengaluru is one of the worst possible places to live in.

Under the right combination of conditions, different kinds of viruses move around the population. They have different levels of virulence and can cause mild colds (a few days of sniffles, blocked sinuses, and saying I hab a gold, I gad dalk broberly!).

Others, the vicious little beasts, can cause much worse. The range is not really clearly defined.

So, we are all subject to some kind of attack or other with varying degrees of malevolence. And the catchall phrase for all that ails us is: viral.

You know, Sivasankarasubramian? Yes, Siv. He has viral. Poor fellow. This can mean anything from his saying his dabe is Sivasakkarasubrabadiad to him being hospitalized with an I-V drip attached to his wrist!

Me, as I write this, I am recovering from a somewhat mild attack of … you guessed it … viral.

How did I get it?

Well, there was a family do last week, lasting three days. Among those in attendance adults (two in dubber) and non-adults (also two in dubber) had varying degrees of viral.

Hobnobbing with them at close quarters made sure that the viral … went viral! I got it, two other adults got it, and everyone is in varying stages of recovery.

Had I been in contact with these patients only via WhatsApp, I would not have caught the viral. (Notice: viral, not virus! How language gets modified!) It was because I was in direct contact with them in person that I caught it. This is an example of contagious diffusion.

I call this virus the Bengaluru Weather Change Virus (BWCV).

Once I told some of the near and dear ones that I have been down with the viral, that most characteristic Bengalurean of atmospheric statements was part of the immediate response, just after the commiserating aawww: “Weather change, no? That’s why!”

This may well be. For weather is a description of the prevalent atmospheric conditions, and changes in these can indeed cause some particular disease-causing thingies to run rampant and cause havoc.

However, we Bengalureans are very adept in applying geographical concepts to explain a wide variety of phenomena.

Scooter not starting properly, ya! Weather change, no? That’s why. Kick it hard!

The rasam I made yesterday was very hot! Weather change, no? That’s why. Put some jaggery in it.

Give us anything that’s not working right and we’ll blame it on … weather change.

In all cases, everyone is a medical expert. I am, too. So, we all have the same sage advice to give the patients in our lives:

Street-side pāni-pūri vendor. “Don’t go about eating pāni-pūri when you are having the viral, ya!” (Image source: https://goo.gl/Lq3TNv)

Some people add their personal twists to this:

One sure-fire palliative (look it up, you may need that word soon, when you get the BWCV) is jīra-pepper rasam! (Recipe)

Made right, it will blow the top of your head off. But, hey, you will have provided a potential geographic stop point for that nasty bug.

What to do? Weather change, no?

A version of this article appears in the Deccan Herald Student Edition, March 2018

Join us at the International Geography Youth Summit – 2018, 20-22 July, Bengaluru