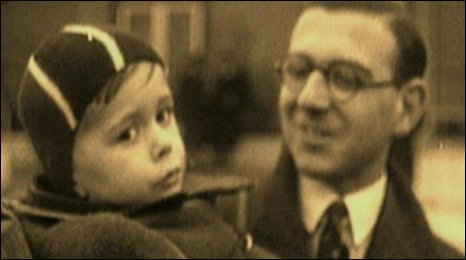 Kind hearts, conviction, determination, and cunning. In times of crisis, this is an invaluable combination. They can help overcome limitations of geography in impressive ways.

Today, I share an inspirational story of one of those who cared … and acted on that caring: Sir Nicholas Winton and the geographical and emotional odyssey that he made happen. In the process, he saved 669 young lives. People like Mr Winton, did not have to care or act, but they did anyway – that’s why their stories are important.

During the mid-to-late 1930s, Europe was in turmoil, especially Germany. The economy was faring very badly, in part due to the terms of the German defeat in World War I. The map of Europe had been re-drawn. Germany was under severe economic strain.

Amid this disturbance, there rose a man who promised to restore Germany’s honor and to create a larger homeland for the Germanic people. He blamed Germany’s problems on Jews … he called it “international jewery.” He unleashed forces of extraordinary brutality that eventually led to the annihilation of millions of people, mainly Jews, but anyone else whom he deemed “non-Aryan.” We know him as Adolf Hitler.

As his ascent began, there were many people in the Jewish diaspora who saw ominous signs of what was coming, and acted on it.

“Diaspora” is a geographical term (dictionary.com says: “any group that has been dispersed outside its traditional homeland, especially involuntarily …”; from the Greek diasporá, dispersion). Originally, it was used to refer to Jews who had been forced out of the Palestinian area and had scattered over the world. (Some of them also came to Kerala and you can still find some very old Jewish temples there.)

As things were heating up, several networks of people, both Jewish and non-Jewish, formed in several parts of the world, mainly in Europe. As Hitler began re-casting the human geography of Europe, these networks acted to get Jews out of harm’s way. Some groups focused on the children in Germany and surrounding countries that Hitler started to target.

Among them was a young, 29-year old stockbroker in London who lived the good life – good job, comfortable life. He was troubled by what was happening in Germany. He, too, saw the ill-omens of things to come. He was himself the son of German Jews. He swung into action. He organized a group of friends, and his mother (Mrs Barbara Winton) coordinated the office in London. With his friends, he set about rescuing children from areas affected by the Nazi atrocities. (Nazi is pronounced naaht-zi, an abbreviation for Nationalsozialist, which is German for ‘National Socialist’).

He and his friends organized several trains during 1938-39 to take vulnerable Jewish children from Prague, Czechoslovakia (pronounced: check-o-slo-VAA-kia) to safety in the UK. These trains left Prague and chugged through the heart of Nazi-ruled Germany to the Atlantic coast and then by boat to England.

The last of the trains (which later came to be called “Winton Trains”) to leave with 250 children aboard was at the Prague station on 1 September 1939, ready to chug out, when the announcement came that Czechoslovakia had been invaded and all cross-border traffic was banned. It is believed most, perhaps all, of these 250 children perished at the hands of the Nazis.

Route of the Winton Trains.

Mr Winton and his colleagues’ efforts saved 669 children in total. Each child was paired up with foster families in Britain. Many never knew how they escaped from Nazi brutality. They knew that their parents had perished.

Many of the people who helped get Jews out of harm’s way have not boasted about the great work they did. Mr Winton was one of them. Somehow, his story came out in the late 1980s and generated much interest.

At a special function organized in London … no, I won’t give it away here. See it for yourself in the videos in the Things You Can Do section below.

Mr Winton passed away on 1 July 2015, aged 106, sharp and alert to the last. He always maintained, as did many whose great deeds were discovered and celebrated, that he was no hero. He did what was right according to his conscience and his ethics.

With his and his cohorts’ commitment and love, the geographies of many thousands of Jews and other persecuted minorities were altered for the better.

With the Nazis and their cohorts’ commitment and hatred, the geographies of many minorities were altered for the worse – a tragedy written as largely in history as in geography.

In his नीतिशतकम्  (neeti-shatakam: ‘100 verses on ethics’) the poet Bhartrhari says this about noble people:   प्रियं कृत्वा मौनम्  (priyam krtvaa mounam — ‘having done good deed, silence’).  Noble people do not brag about their good deeds. We need to acknowledge their work, rejoice in their kindness, and learn from their deeds that we should do all we can to foster justice in the world we inhabit.

Watch a segment about him on CBS News program “60 Minutes”.

Watch this moving and emotional reunion of Mr Winton and the children (now grown-up) he rescued:

Send your responses to us.

Be sure to give your full name, class, name of your school, and location.

We will publish this on the site only if you give permission for us to do so.

A version of this article appeared in the Deccan Herald Student Edition on 16 July 2015.

This post was updated on 2 February 2021: Some minor typographical errors and broken links were fixed, and some formatting was corrected.